Monday, Monday.  Would have been back to blogging on that sad day.

On Monday, I just want to watch a movie or two with my daughter.

Or play Life or Monopoly with her while she blasts the music by her big crush (Nick Jonas -- she's in love with Nick Jonas).

The last thing I want to do lately is blog.  :D

And my daughter wasn't having any of it.  We had to go trick or treating.  :D

But  Kat's "Kat's Korner: Chris Brown's all mixed up on his mixed tape" went up Sunday as did

Isaiah's THE WORLD TODAY JUST NUTS "Hillary and the FBI" (below) and  "Hillary Talks To Bernie." 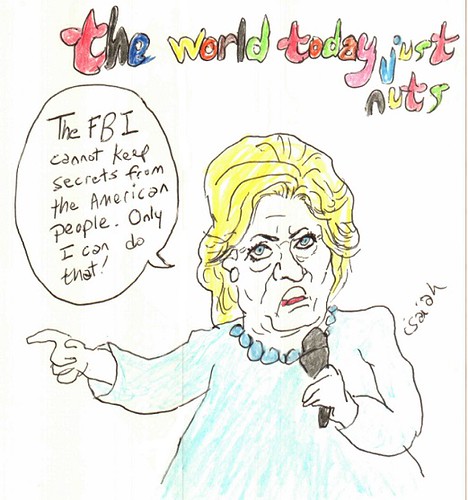 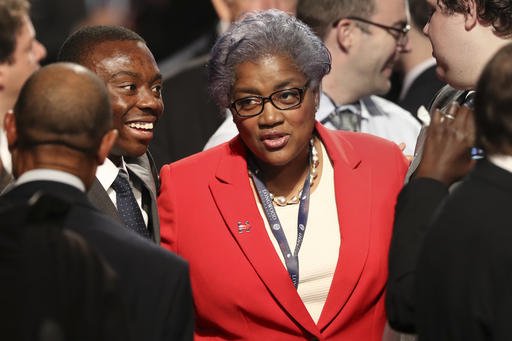 It takes a village to prop that criminal up and Donna through her lot in with Hillary.

zerohedge ‏@zerohedge  17h17 hours ago
Will Barack Obama Suspend The Election If Hillary Is Forced Out By The New FBI Email Investigation?
63 replies169 retweets100 likes


And Dallas and the following wrote it:


The Third Estate Sunday Review's Jim, Dona, Ty, Jess and Ava,Rebecca of Sex and Politics and Screeds and Attitude,Betty of Thomas Friedman Is a Great Man,C.I. of The Common Ills and The Third Estate Sunday Review,Kat of Kat's Korner (of The Common Ills),Mike of Mikey Likes It!,Elaine of Like Maria Said Paz),Cedric of Cedric's Big Mix,Ruth of Ruth's Report,Wally of The Daily Jot,Trina of Trina's Kitchen,Marcia of SICKOFITRDLZ,Stan of Oh Boy It Never Ends,Isaiah of The World Today Just Nuts,and Ann of Ann's Mega Dub.

Monday, October 31, 2016. Chaos and violence continue, the persecution of the Sunnis continue, the stupidity of Chris Cuomo continues, and so much more.


Let's start with the media because they never get smart.

In part, they're so stupid because so many are unqualified even by 'journalistic' 'standards.'

Unless we're considering his time at FOX NEWS.

He got his job because his daddy was somebody -- years and years ago.

All he got was morning co-anchor out of the deal -- at least his brother got to be governor of New York.

CNN's Chris loves to boast such as here:


But if you want to be informed, clearly you go elsewhere than Chris.

He's never been anything but a propaganda organ for the Democratic Party.

The Republicans have their own propaganda organs as well.

They're not journalists either.

Today, Chrissy Cuomo, the pampered and buttered prince, proves he can't inform you:

Who did deal with Iraq to leave?

You mean "the deal"?

English is hard for the inbred Cuomos.

(If you think that's rude, I think it's rude for TV personality Chris to pick on someone else for putting an extra "i" in a word -- the grammar cuts both ways.)


The UN did the deal for the US to stay in Iraq.

It was a yearly mandate.

When Nouri became prime minister in 2006, he renewed the mandate at the end of the year without bringing the Iraqi Parliament in on the deal.

By 2008, he and Bully Boy Bush realized this yearly mandate was not working.

And 2009 was supposed to see national elections.  (Nouri's desire to screw over the Sunnis resulted in objections from a vice president which pushed the elections to March 2010.)

There was no way he could be re-elected and do a yearly mandate renewal at the end of 2009.

So for 2008, the decision was made to switch to three year mandates.

This was easy to do because the United Nations was no longer providing cover to the occupation of Iraq.  Anyone remaining in Iraq -- a foreign power -- would have to put together their own mandate.

The United Kingdom did.

So did the United States.

It was the Status Of Forces Agreement (SOFA).

It allowed three years of occupation -- with a yearly kill clause for each side.

"Who did deal with Iraq to leave"?


That would be US President Barack Obama.

He "did deal," prince Chrissy.

He was negotiating a deal for US troops to remain beyond the end of 2011.

And then he walked away from that deal.

Over the objections of his Secretary of Defense and the Chair of the Joint-Chiefs of Staff.

I have no idea why someone as stupid as Prince Chris Cuomo ended up on TV.

It's not because of looks.

And before anyone says, "Well he does have a degree in law!"

Yes, the little prince does.

And we see why he's on TV instead of inside a courtroom every time he tries to tell America what the law says -- such as when he (wrongly) stated hated speech was not protected by the First Amendment.  Before we get to his more recent lie, let's pause on that one.

In the first semester of Constitutional Law, as anyone who's taken the course can tell you (I have taken it), you deal with the issue of hate speech.  Generally, it's about the KKK.  You study a case -- or get assigned to argue one in moot court -- where you're either defending the KKK having a march or arguing against it.

The KKK -- an anti-Jew, anti-African-American, anti-everything organization -- is disgusting.  It's repulsive.

It also has protected speech the same as anyone else in the United States.


It's a basic fundamental.

That Prince Chrissy didn't grasp that explains why he puts on make up every morning and tries to look cute for the cameras (he fails at looking cute as badly as fails at grasping the law).

More recently Prince Big Butt decided to tell the world that it was okay for CNN to 'possess' the Podesta e-mails but not private citizens.

CNN's 'possesses' the e-mails as copies from WikiLeaks -- the way the rest of the world -- except for Podesta -- possesses them.

Anyone can possess them now.

Prince Chrissy's understanding of the law is so poor that were THE WASHINGTON POST publishing THE PENTAGON PAPERS today, he'd rush through Georgetown snatching copies of THE POST out of everyone's hands while insisting he was saving them from being prosecuted.

Prince Chrissy is an embarrassment and, if CNN didn't need Cuomo help (if TimeWarner didn't need it), he'd have been fired long, long ago.

Ryan Crocker was a US Ambassador to Iraq.


A year ago, Thomas Ricks (FOREIGN POLICY) interviewed him.

No. Actions have consequences to the 60th order and beyond. The consequences of what we set in motion were beyond imagination. But inaction also has consequences. Our inaction since 2011 — and I mean political inaction more than military — leads us to today. The two things I learned in the Middle East over 40 years are 1) be careful what you get into, and 2) be just as careful what you propose to get out of – you don’t end a war by withdrawing from the battlefield. You just give the ground to your enemies — IS and Iran.

What would Prince Chrissy say to that?

Well first we'd need people to explain  the multisyllabic words to him.


But for those of us who can read and think, what Crocker is saying is not only true, it's damn scary.

Because the political inaction since 2011, it continues.


Mosul has been held by the Islamic State since June of 2014.

At the same time, he sent US troops back into Iraq.

What he didn't do was focus on addressing the political crises.

It was those crises that gave root to the Islamic State.

It doesn't matter if every member of the Islamic State was driven out of Iraq today if the political crises are not addressed.

If the Sunnis continue to be persecuted, then nothing has changed and the future of Iraq is continued war.

And, yes, Sunnis continue to be persecuted. 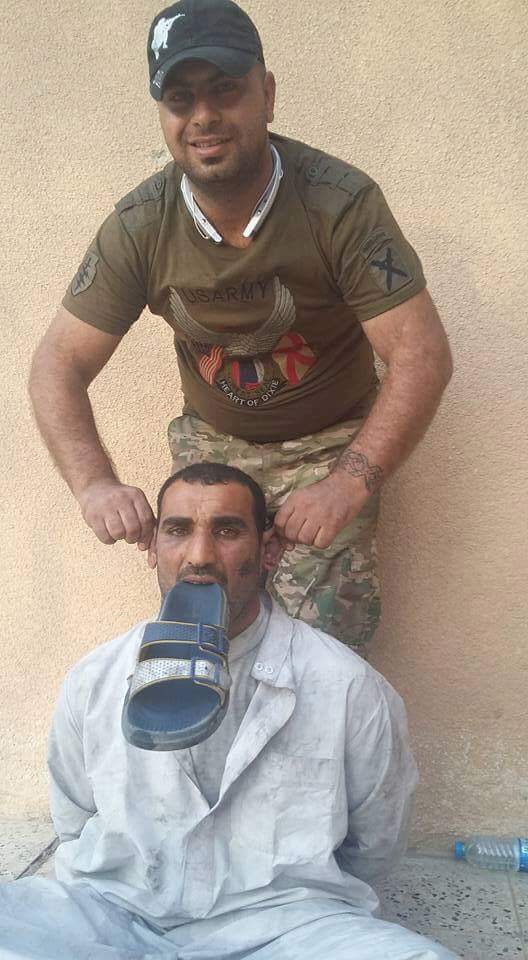 
They continue to be persecuted.

And Twitter's 'answer' is to silence an Iraqi women who has spent the past years documenting the persecution.  As we noted last night:


And speaking of silences, where's the objection to the silencing of an Iraqi woman by Twitter?

Sticking up for Sunnis.

An important voice has been silenced.


Sunday, the US Defense Dept announced:


Strikes in Iraq
Attack, bomber, fighter and remotely piloted aircraft and rocket artillery conducted nine strikes in Iraq, coordinated with and in support of Iraq’s government:

-- Near Haditha, a strike destroyed a vehicle bomb.

-- Near Rawah, three strikes destroyed three ISIL storage containers, a bunker and a supply cache. An excavator was damaged.

And, no, all the people killed are not members of the Islamic State.

A lot of civilians are being killed as well.

All US-led coalition airstrikes on civilian targets in Iraq should be investigated in full, the Russian Foreign Ministry's commissioner for human rights said Monday.


Roseanne BarrVerified account ‏@therealroseanne  16h16 hours ago
#hillary telling her bots in #Florida 2 get out &vote b4 th info about her destroying Libya Iraq & #Haiti (& her next target #USA) gets out.
19 replies162 retweets274 likes


While Roseanne knows reality, others stumble.

Bully Boy Bush isn't running -- though Cher seems to think he is.


Bully Boy Bush's Secretary of State -- Colin THE BLOT Powell -- who lied to the UN and the world has endorsed for this election and he's voting for . . . War Hawk Hillary.

Dr. Jill SteinVerified account ‏@DrJillStein  Oct 27
Are we supposed to be impressed when one criminal who lied to bring us to war in Iraq endorses another? #NoMoreWar
130 replies1,226 retweets1,576 likes

Jill Stein is the Green Party's presidential nominee and she has the sense so many lack today.


And  Kat's "Kat's Korner: Chris Brown's all mixed up on his mixed tape" went up Sunday as did

Isaiah's THE WORLD TODAY JUST NUTS "Hillary and the FBI" and  "Hillary Talks To Bernie."