The media is part of the problem 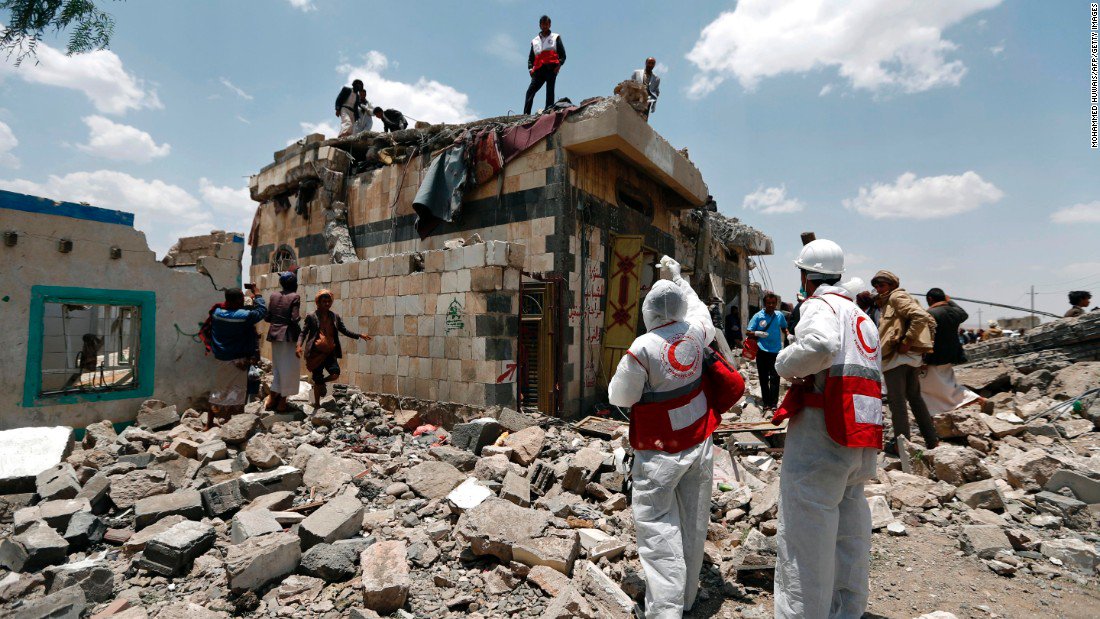 CNN InternationalVerified account @cnni
An airstrike in Yemen blamed on a Saudi-led coalition has killed at least 48 at a hotel, officials in Yemen say http://cnn.it/2xf5soC
2 replies6 retweets26 likes

Exactly.  Reporting the truth would be so upsetting, apparently.

Let's pretend like our government has nothing to do with it.

Even though we've been at war with Yemen since Barack was president.

But let's just ignore that reality and anything else messy.

The media is lousy in this country.

It does not serve the people and it does not report honestly.

Thursday, August 24, 2017.  Chaos and violence continue as the 'liberation' of Tal Afar continues, a safety warning for journalists in Iraq is issued, turns out more US troops are in Iraq, Syria and Afghanistan than the US government told us (shocker!), and much more.

The current liberation or 'liberation' operation in Iraq targets Tal Afar.  In June 2014, the Islamic State seized control of Tal Afar and continue to hold it.  Saturday, August 19th, Prime Minister Hayder al-Abadi announced the operation had begun.  Like Mosul, it's in Nineveh Province.  Unlike Mosul, it's population isn't in the millions.  The city is estimated to have less than 100,000 or a little over 200,000 depending on the source.  The bulk of the population is said to be Turkmen.

And the number of Islamic State members said to be in Tal Afar?

Baghdad estimated the number of ISIS Fighters in TalAfar between 1200 and 2000, then why did they mobilize more than 50 thousand troops.. ?!


And as Iraq mobilized 50,000 fighters to go after 2,000, grasp that's not the entire number fighting ISIS.

And, of course, US Special Ops are participating on the ground and the US military is also flying war planes dropping bombs on the still highly populated Tal Afar.  And doing quite a bit more.  Tara Copp (NAVY TIMES) reports:

The Pentagon knows precisely how many troops are deployed to Afghanistan, Iraq and Syria on a daily basis and could provide that information to the public if needed, U.S. and military officials told Military Times.
Yet for the last year, the Pentagon, under the Trump administration, has publicly reported only the “force management level” — the official cap for troops authorized for each country — even as the real numbers far exceeded those caps.


Recent reports suggest that the total number of U.S. troops in Iraq, Syria and Afghanistan may be about 20,000, far more than the official tally of about 14,000.


Do they ever tell the truth about numbers?  Copp's report is similar to Nancy A. Youssef's report for KNIGHT RIDDER (the last day before it was officially absorbed into MCCLATCHY) where she revealed that despite claims otherwise the US government was keeping the numbers for civilians killed in the Iraq War.

All these years later, what does 'liberation' look like?


Traumatized women and children fleeing Iraq's Tal Afar district have told Oxfam how people died walking for days through the desert in 50C heat to reach safety. One mother said the road they took to escape smelled of dead bodies while another said she feared her husband was dead as ISIS took him when they fled.

On Sunday, the Iraqi army launched a major offensive to retake Tal Afar, one of the last urban strongholds held by ISIS in Iraq. More than 30,000 people have already fled the city, according to the UN, and up to 40,000 remain in and around Tal Afar.

Oxfam’s Amy Christian met some of those fleeing Tal Afar in a screening site in Badush, around 60km east of the city, where Oxfam is supporting those that have fled: “The sound of children crying was deafening. Covered in dirt and incredibly thin, they have been through hell to get there. The families stayed very close to each other and the women held on tightly to young children and babies. Everyone looked extremely exhausted and clearly traumatized from their experience. After days walking in the blistering heat, they urgently need food, water and shelter.”

People also said they had run out of food in Tal Afar and had to escape during the night as ISIS was preventing them from fleeing.
Ahlam Ibrahim, who fled the village of Mzra’a near Tal Afar when bombing began, said: “We left because we were afraid of the airstrikes. We were so afraid for the children. The road was steep and rocky, and old people were dying. It was so hard to walk and the road smelled of dead bodies. I lost my voice because I was shouting at my children to stay with me. They were so scared.”

Nahida Ali*, also from Mzra’a, told how she walked for two days in the blistering heat with no water: “ISIS took my husband two days ago as we tried to escape. We wanted to leave a month ago but ISIS wouldn’t let us. If they saw a family leaving, they would take the men. We saw a lot of people killed; that’s why we were so afraid. We are worried they will kill my husband. My son won’t stop crying because ISIS took his father and we don’t know where he is.”

Oxfam is calling on the government of Iraq to ensure that civilians can reach safety and receive the help they urgently need. It is also calling on all parties to the conflict to avoid harming civilians who stay in the city, and to protect civilian areas and infrastructure – including avoiding the use of explosive weapons with wide area affect.

Oxfam is supporting those fleeing the fighting in Iraq with life-saving food and water both in camps and in communities that have been recently retaken and where families are seeking shelter.
Oxfam is working at the Badush screening site distributing kits with soap, nappies, underwear and sanitary towels to new arrivals, who are then redirected to a camp. The international agency is also assessing whether the needs of those fleeing the conflict are being addressed.
*Name has been changed

14 years of US-led war and counting and Iraq's no better off.

Threats to journalists in Iraq have changed after government forces regained control over the city of Mosul and significantly reduced the territory controlled by the militant group Islamic State. CPJ's Emergencies Response Team (ERT) has issued the following advisory for journalists who plan to continue working in Iraq.
Despite the decline of the Islamic State group's presence in Iraq, the country is no more stable. The reemergence of Shia militias is blurring defined front lines and has elevated general risks for journalists in the region.

The Hashd al-Shaabi, or Popular Mobilization Units (PMUs), have played a key role in the fight against Islamic State and, in recognition of their work, the Iraqi parliament has designated them an official military force. In this new landscape, journalists will be required to get approval from these groups as well as the government, depending on where they plan to work.

Many of these newly approved armed groups have poor human rights records, according to a Human Rights Watch report published in July 2016. The New York-based group has documented summary killings, enforced disappearances, torture, and the destruction of homes by some of these factions, and has called on Iraqi authorities to stop operating alongside these militias.

There are concerns that these groups could turn to violence as a means to censor reporting on corruption, violence, abuse or human rights violations.

In December 2016, a group of gunman affiliated with a Shia militia kidnapped Afrah Shawqi al Qaisai from her home and held her for nine days after the Iraqi journalist wrote an article criticizing an interior ministry official and the culture of impunity surrounding militia groups.

Currently, Iraqi troops, with support from Kurdish Peshmerga forces and PMUs, are waiting for official orders to start a ground offensive to retake Tel Afar. Iraqi troops are already carrying out airstrikes on Islamic State and have stationed military equipment in Badush, 25 miles (40 kilometers) northwest of Mosul. Some of the area's villages have already been retaken.

Islamic State also maintains support among parts of the population in Iraq's western Anbar province. In recent weeks, there has been an uptick in attacks that use guerrilla tactics, a trend that security experts say is likely to continue. Islamic State is expected to continue targeting media as well.

Here are some tips for journalists working in Iraq. They are intended as guidance and may not fit all situations.

CPJ encourages local journalists, freelancers, and media organizations covering the Mosul offensive to closely follow the safety principles and practices of the ACOS alliance, which can be found here.

Fourteen years and so many dead and the Iraq War continues -- with little attention in the US despite this being a US-led war.


In fact, a press briefing yesterday at the US State Dept contained Matt Lee's usual fake theatrics (poor Matt, those e-mails to Vicky Nuland revealed just how staged his 'brave' interactions were) but not one mention of Iraq.

Tuseday, Secretary of State Rex Tillerson did a press briefing by phone.  Credit to ABC NEWS' Martha Raddatz for her focus which included the exchange below:


QUESTION: It’s all right. Secretary Tillerson, I know you don’t want to talk about the military, but you were just using some military terms, and battalion level and that. I know and understand why the administration does not want to talk about tactical moves, but strategy – don’t the American people deserve to know approximately how many more of their sons and daughters will be going back to Afghanistan in a war that’s lasted nearly 16 years?

SECRETARY TILLERSON: Well, I think – and I don’t want to speak for Secretary Mattis – but I think the intent is there will be visibility to troop levels once the decision has been made. I think what the President has conveyed, and I agree wholeheartedly with him, is that we are not going to signal ahead what our plans are. We’re not going to signal ahead an increase, a decrease, the timing of any of that. It will be driven by conditions on the ground. The only way we can defeat an enemy that is as nimble and as cagey, tactically, as this enemy, is we have to be as cagey and tactical as they are. And we’ve not been fighting that way.

QUESTION: Could that include strikes in Pakistan?


SECRETARY TILLERSON: I’m not going to comment on what it could include, but the President has been clear that we are going to protect American troops and servicemen. We are going to attack terrorists wherever they live, and we have put people on notice that if you are harboring and providing safe haven to terrorists, be warned. Be forewarned. And we’re going to engage with those who are providing safe haven and ask them to change what they’re doing and help us help them. Because in my view, the best – the greatest benefactor, other than the Afghan people themselves, to achieving stability and peace in Afghanistan, are the people of Pakistan. They will benefit more than any other nation.


So many in the press seem unaware of either the Afghanistan or Iraq War.

But, of course, not everyone suffered.


We'll note these Tweets from US Special Envoy Brett McGurk that pertain to one group of Iraqi Christians.

Grateful for Father Salar & people of Telskuf for your warm welcome. Restoring life to your town defies #ISIS and honors our fallen. 5/5 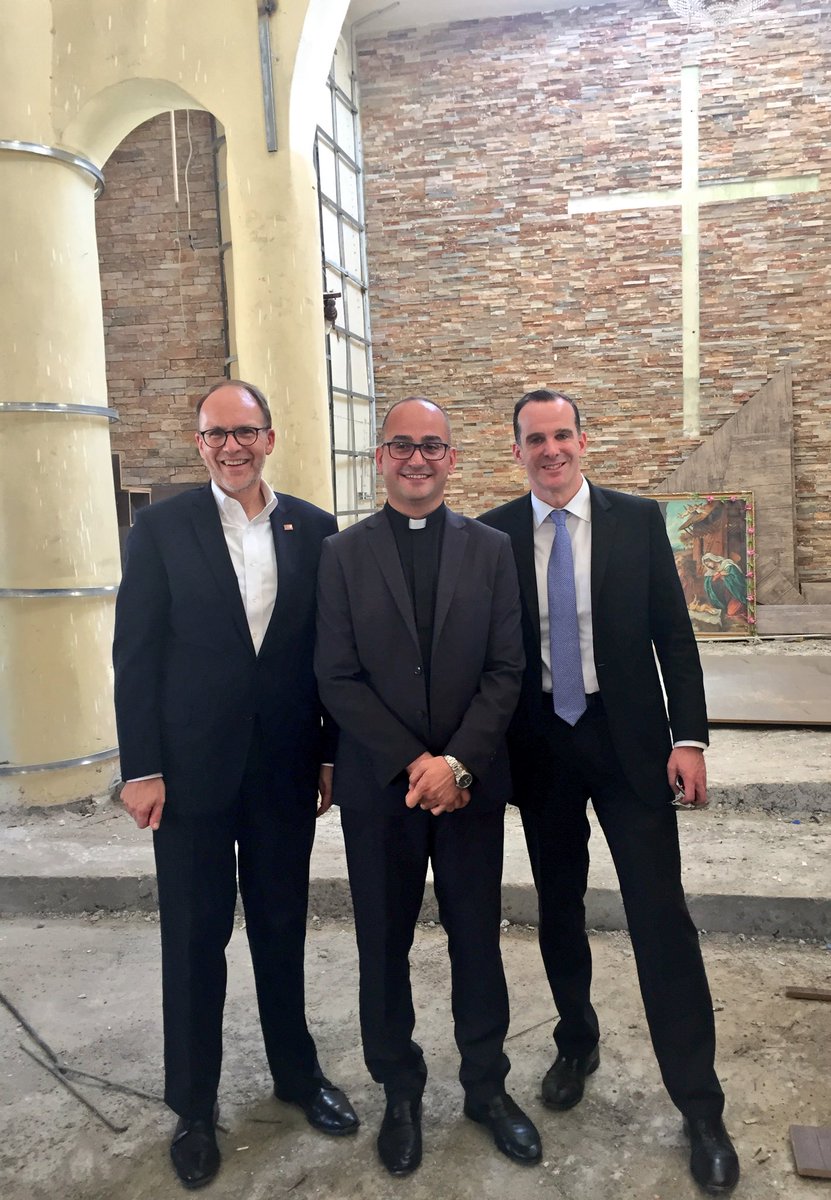 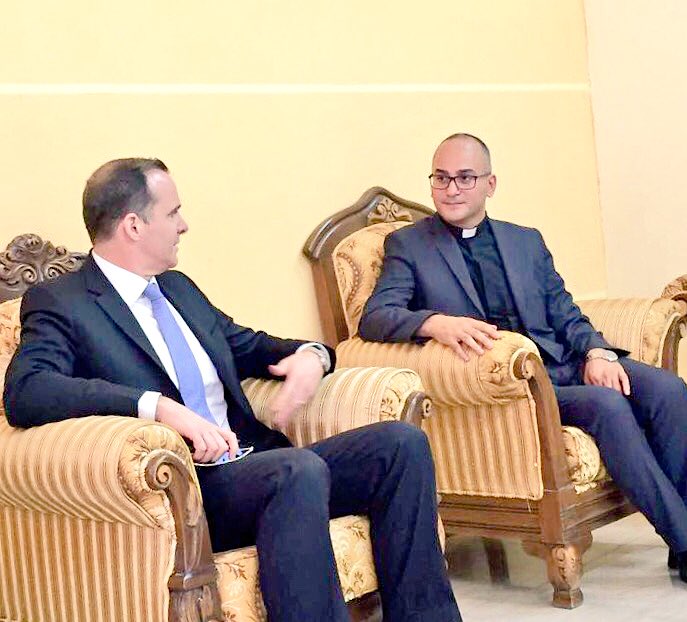 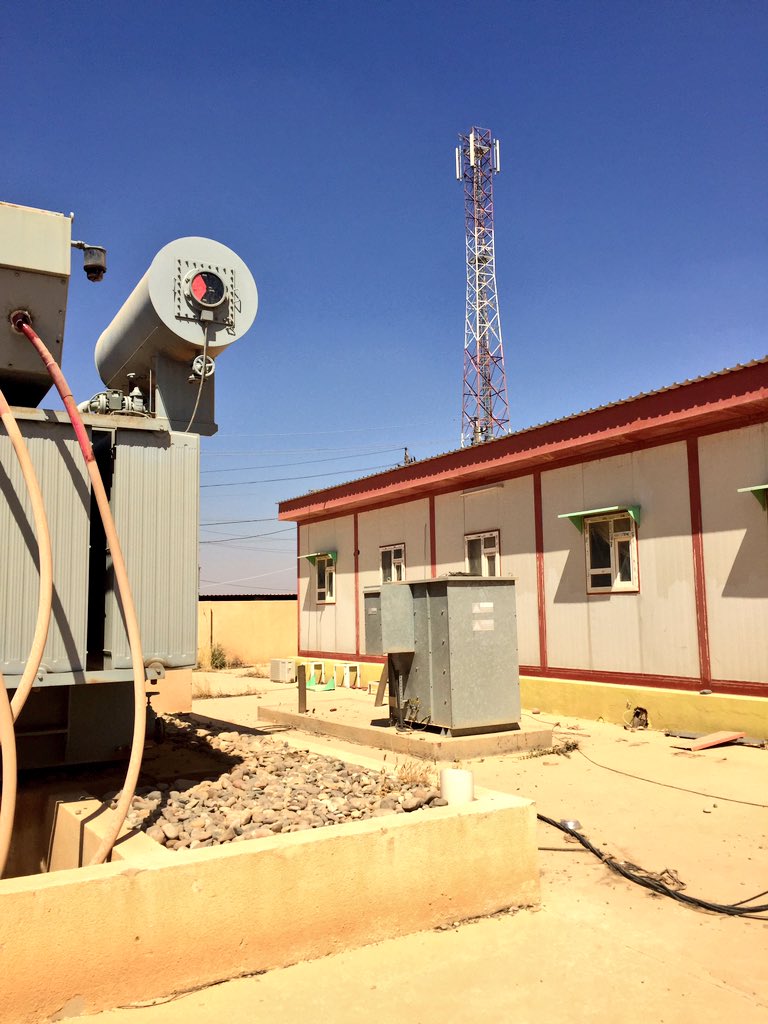 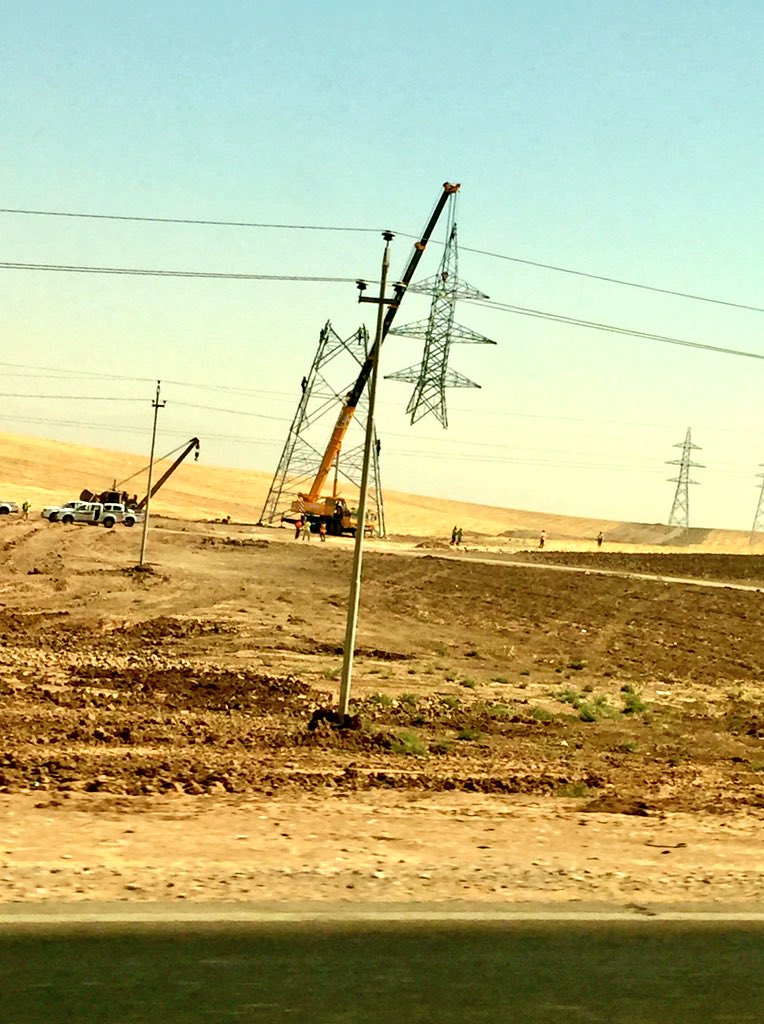 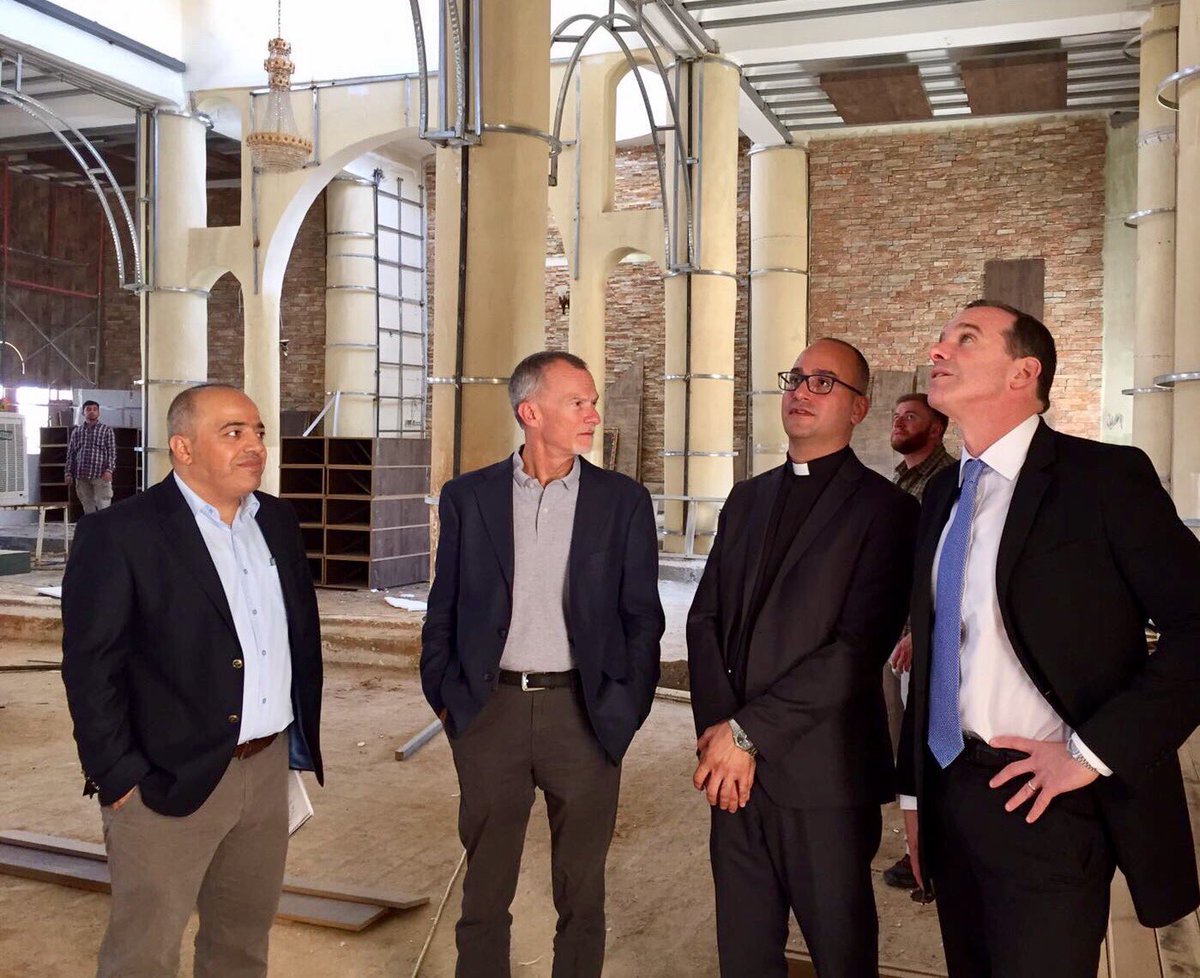 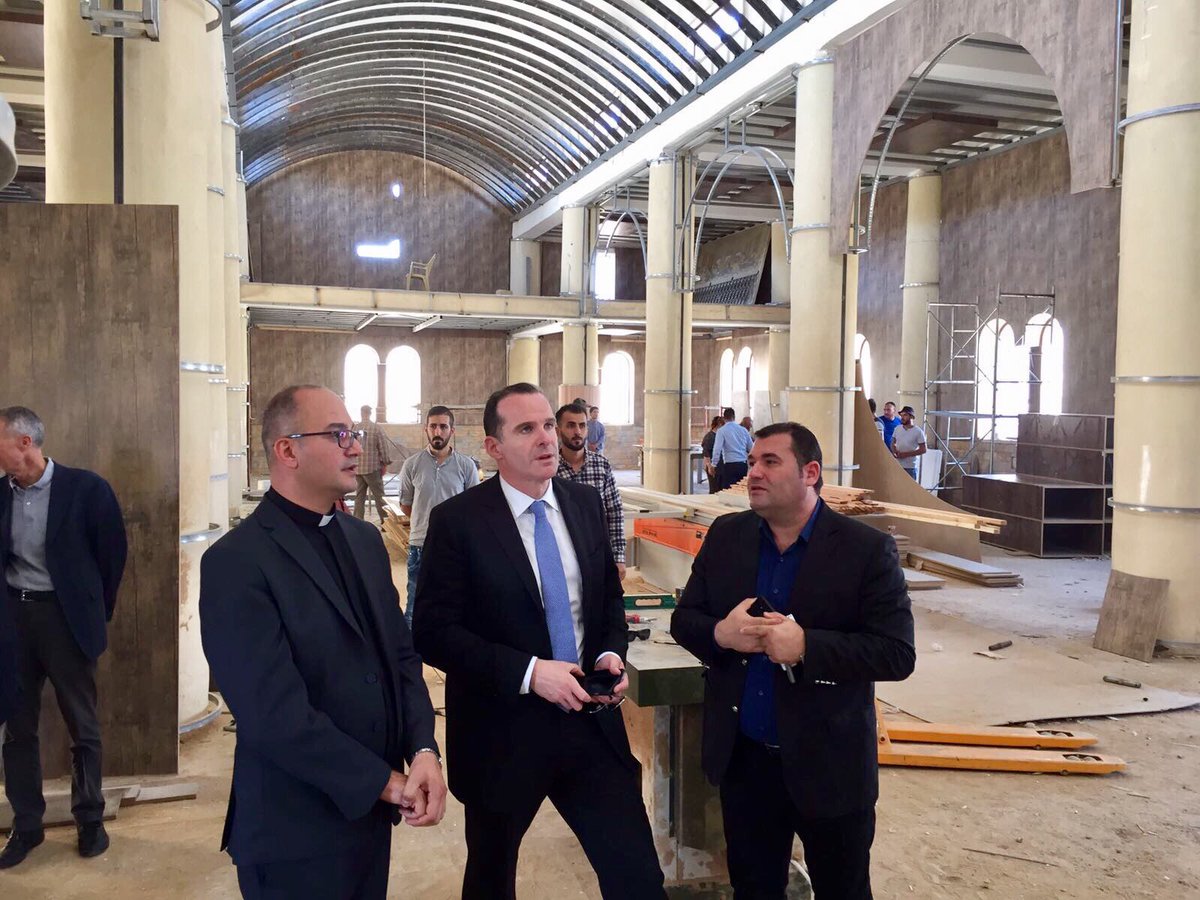 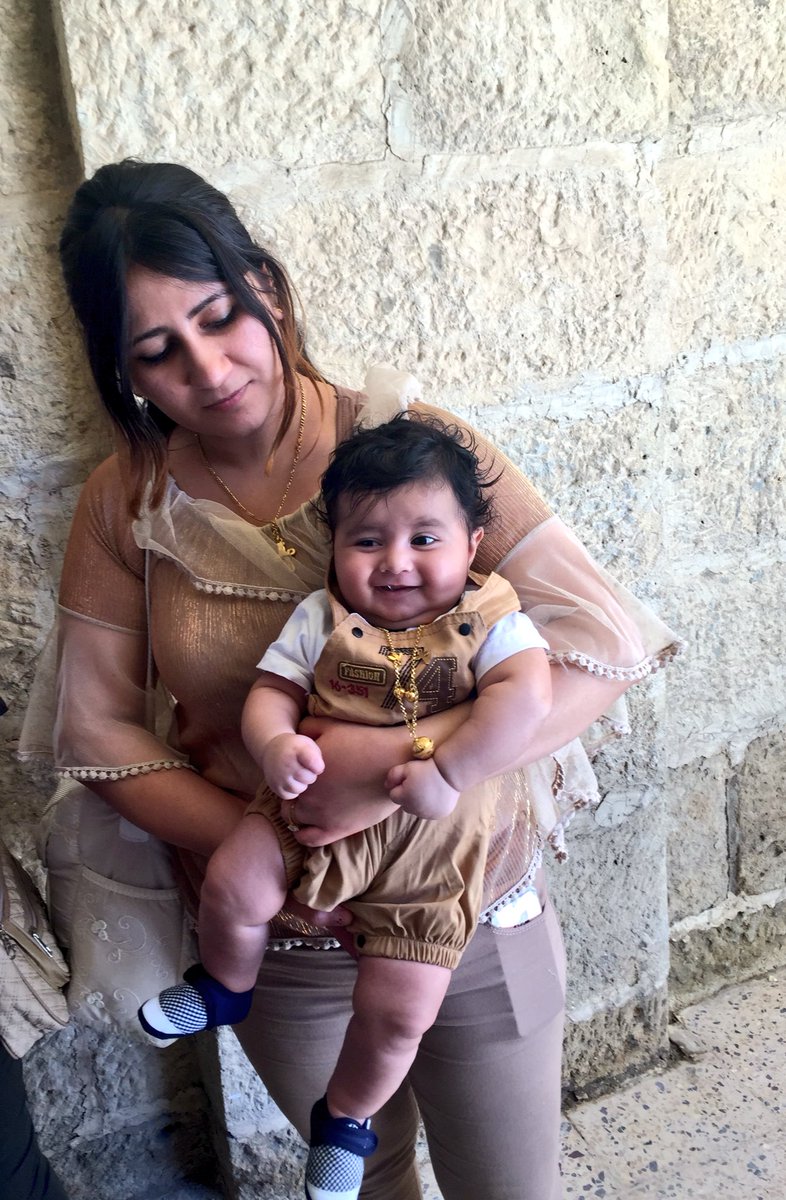 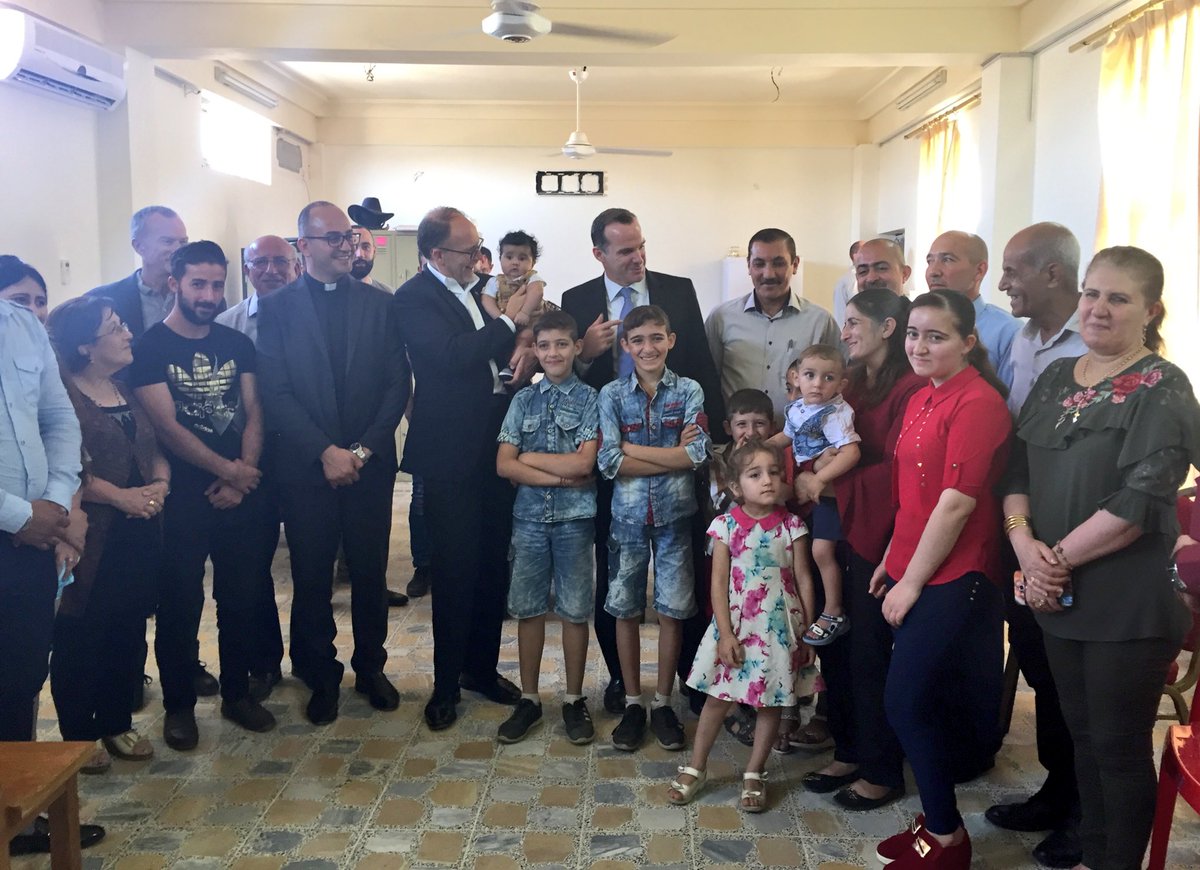 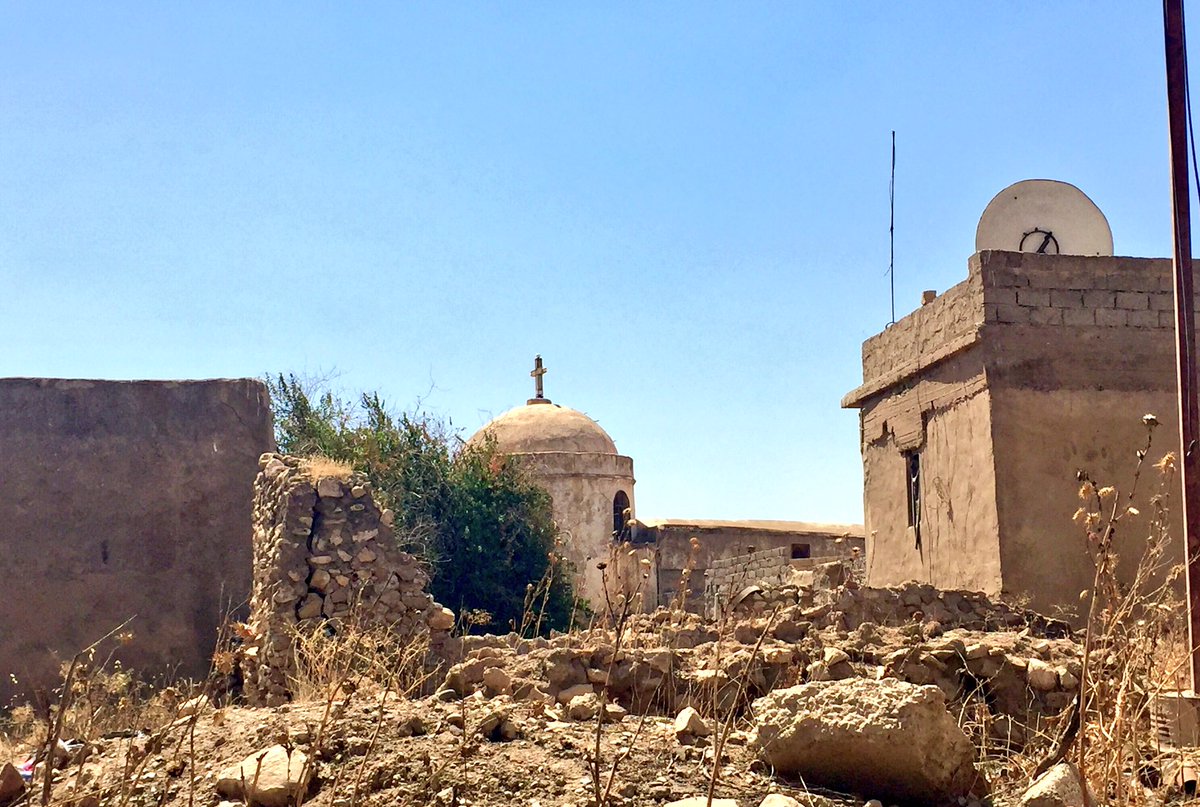 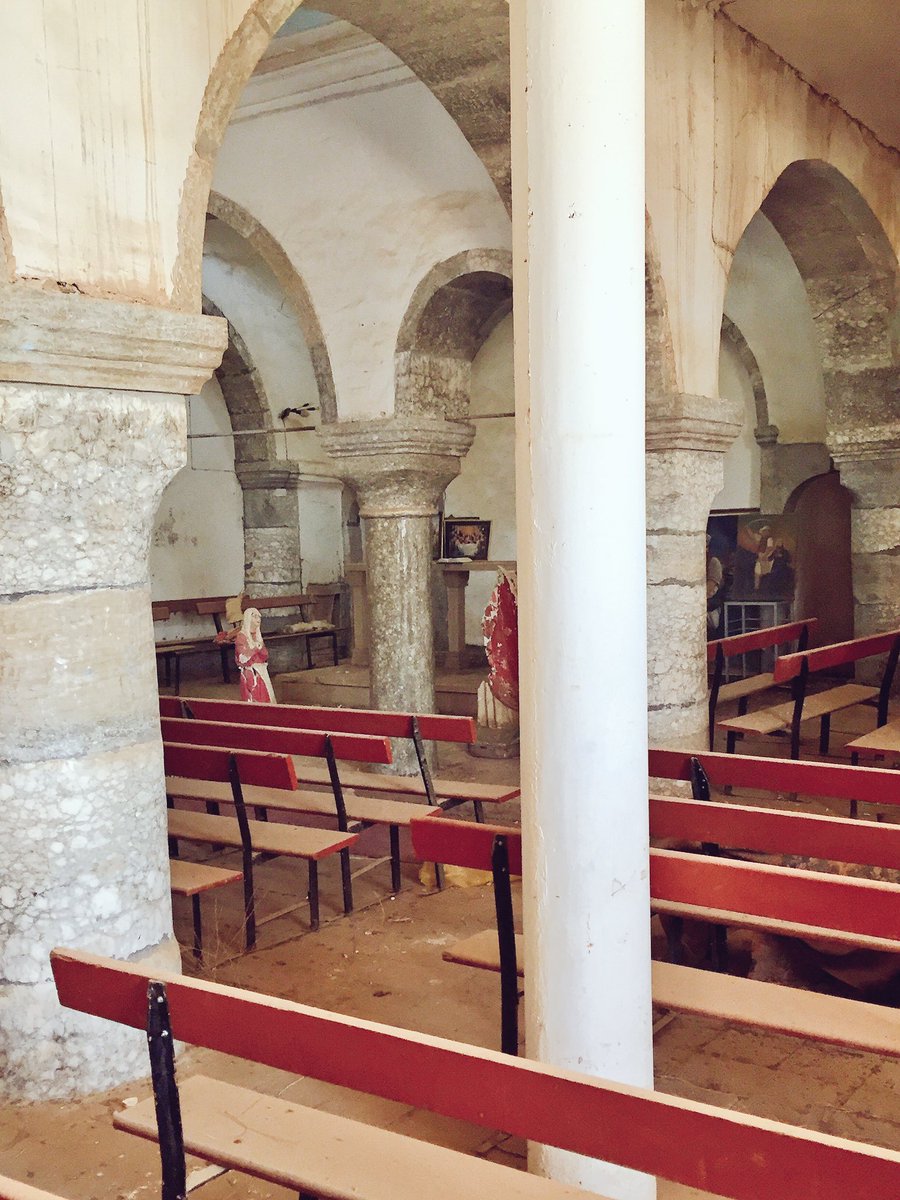 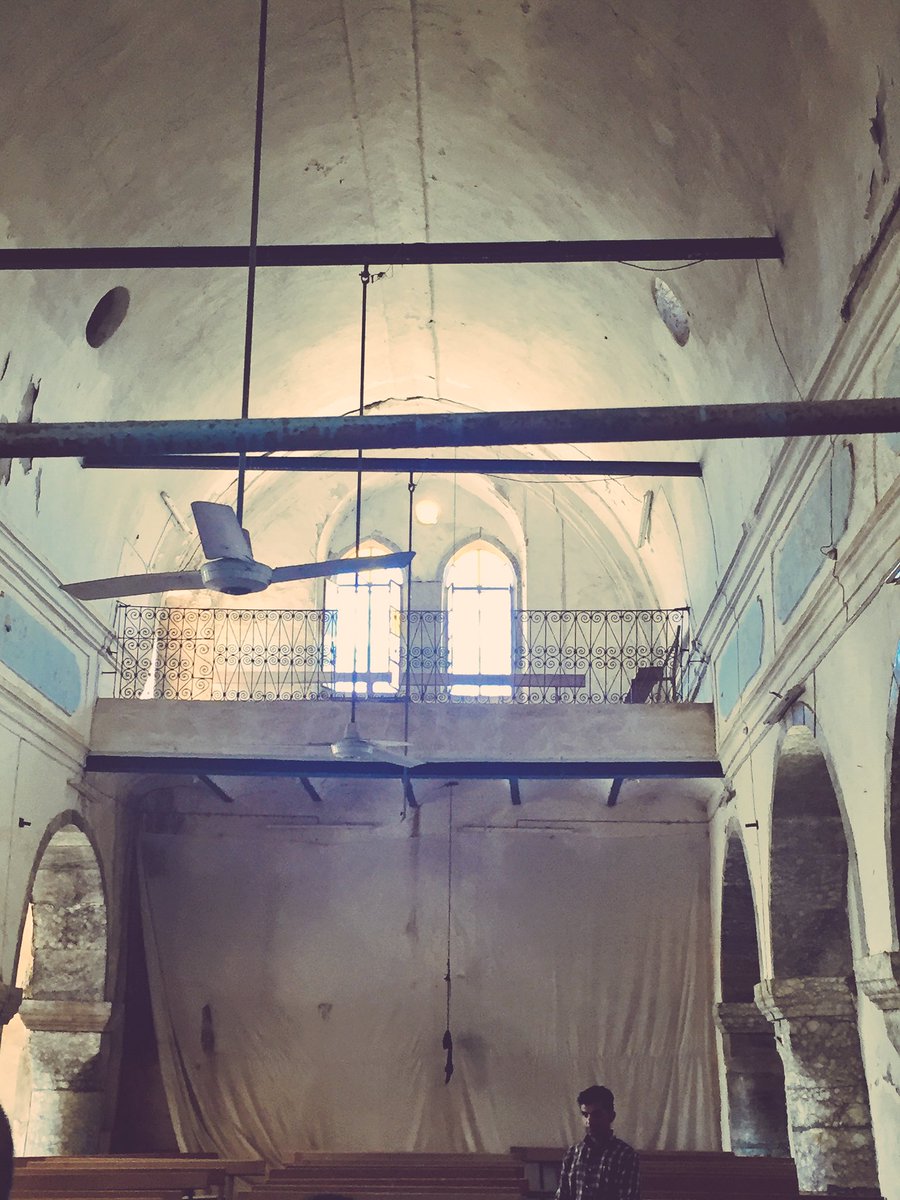 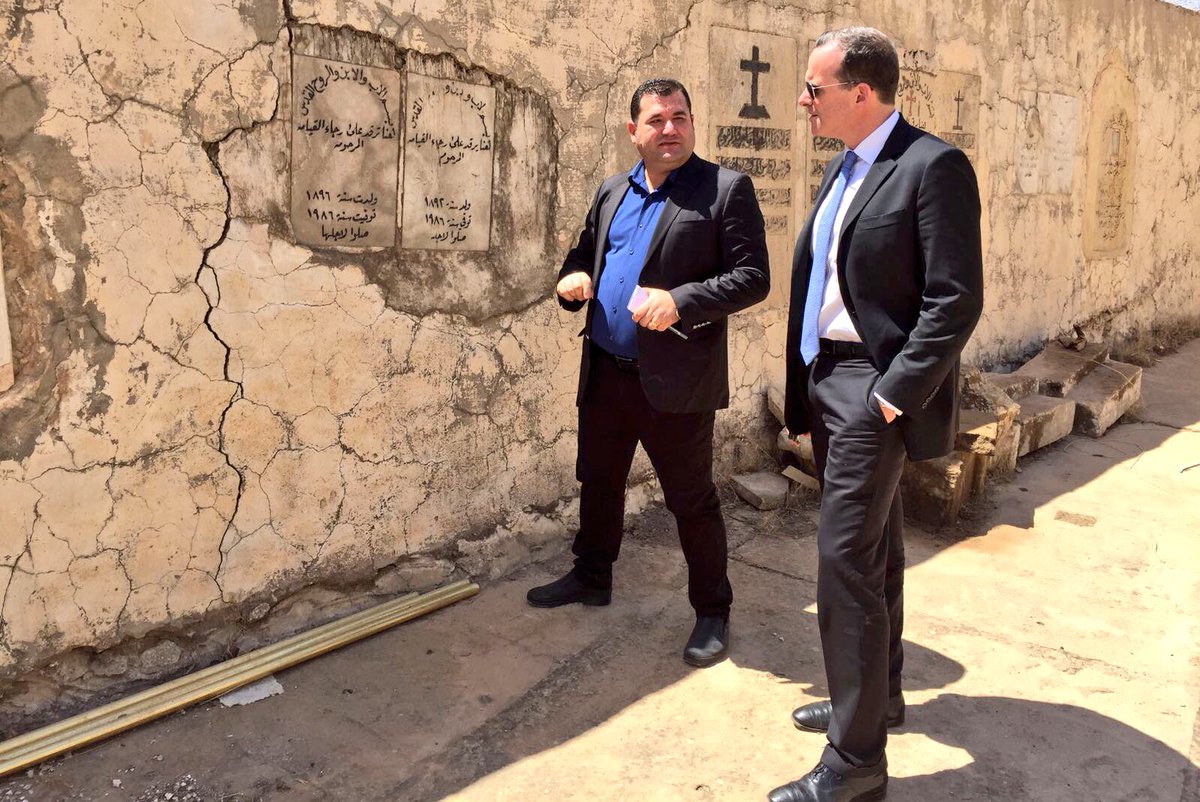 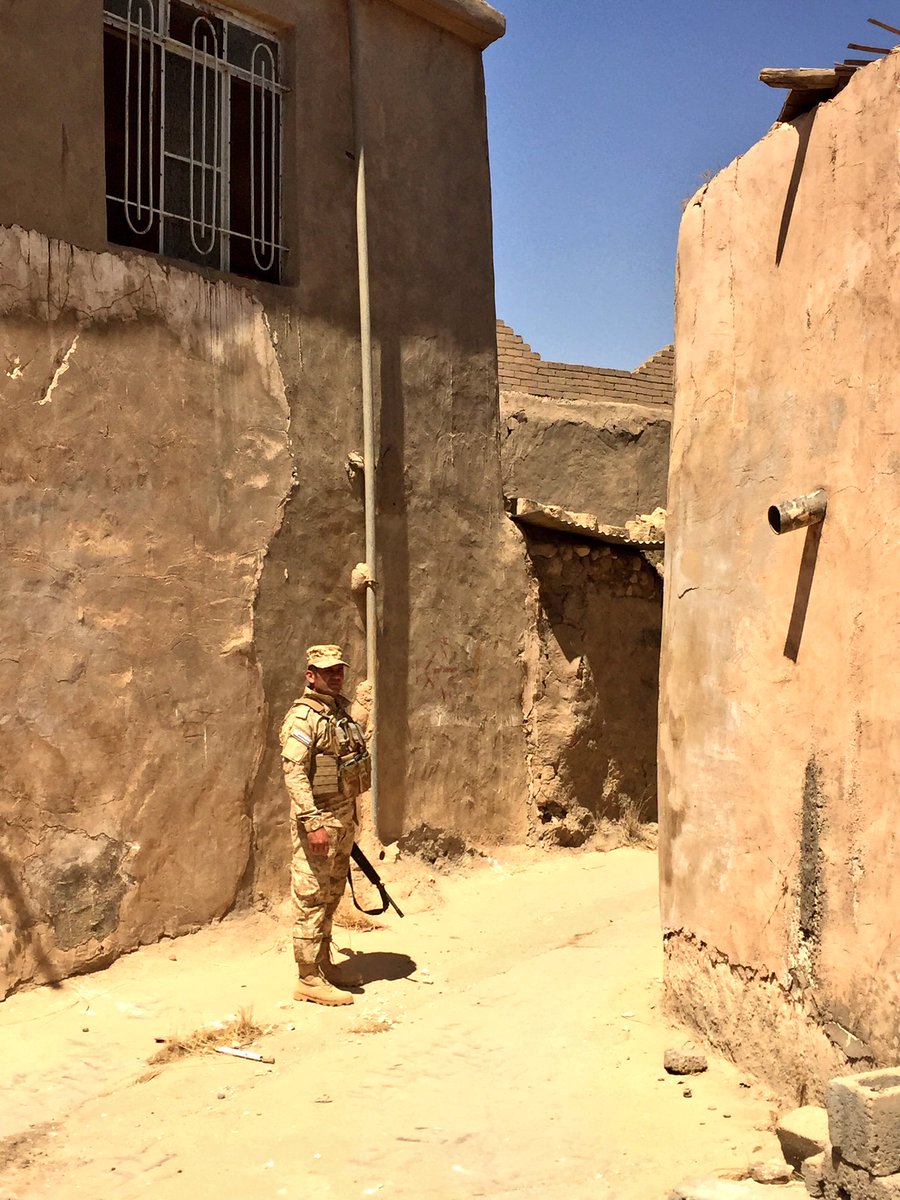 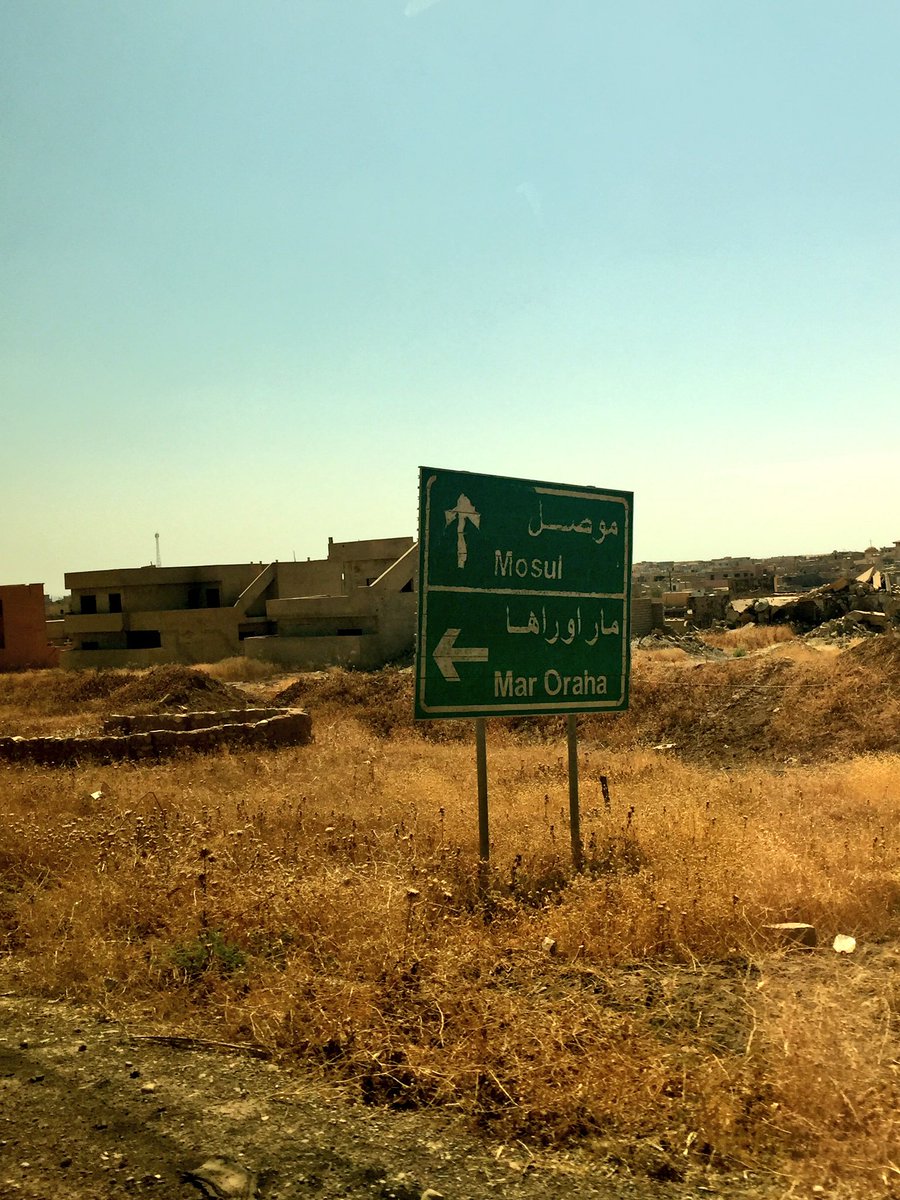 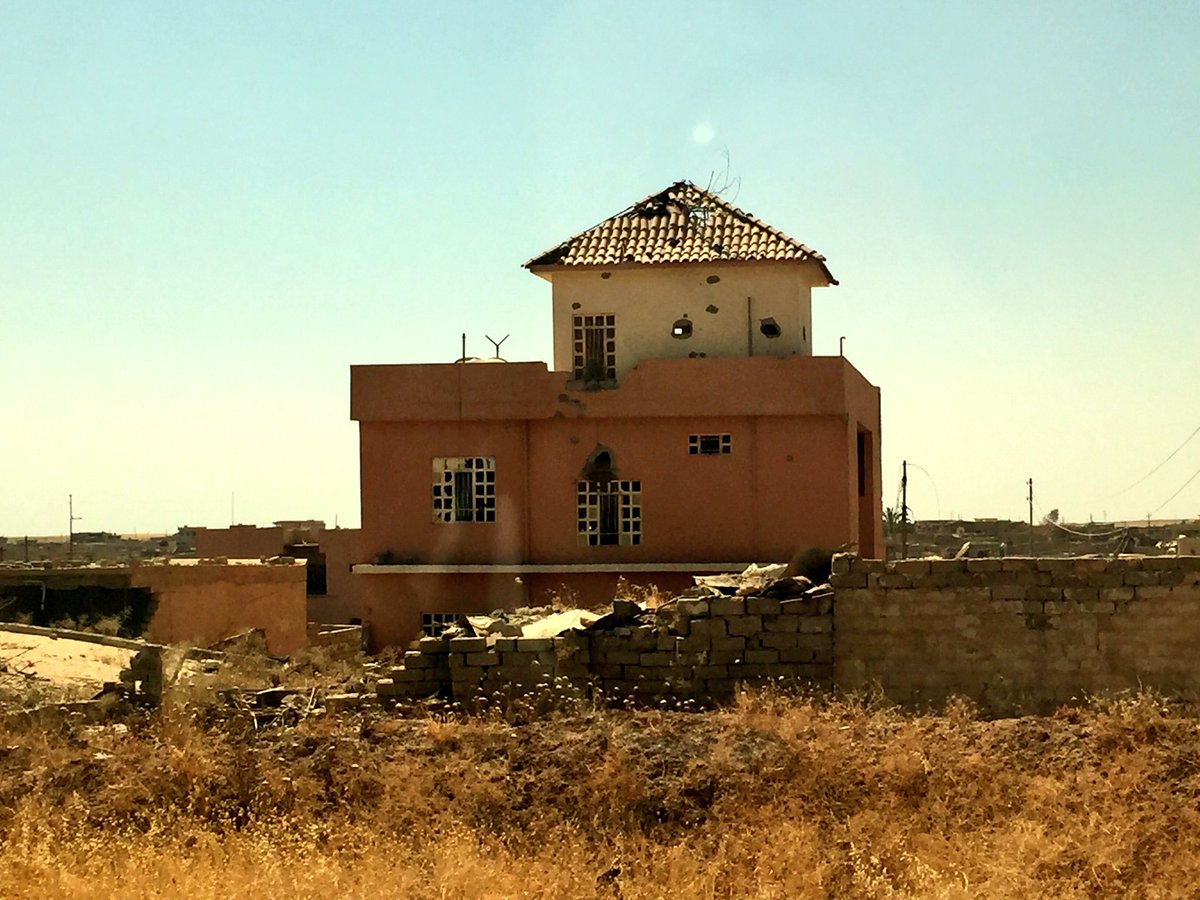 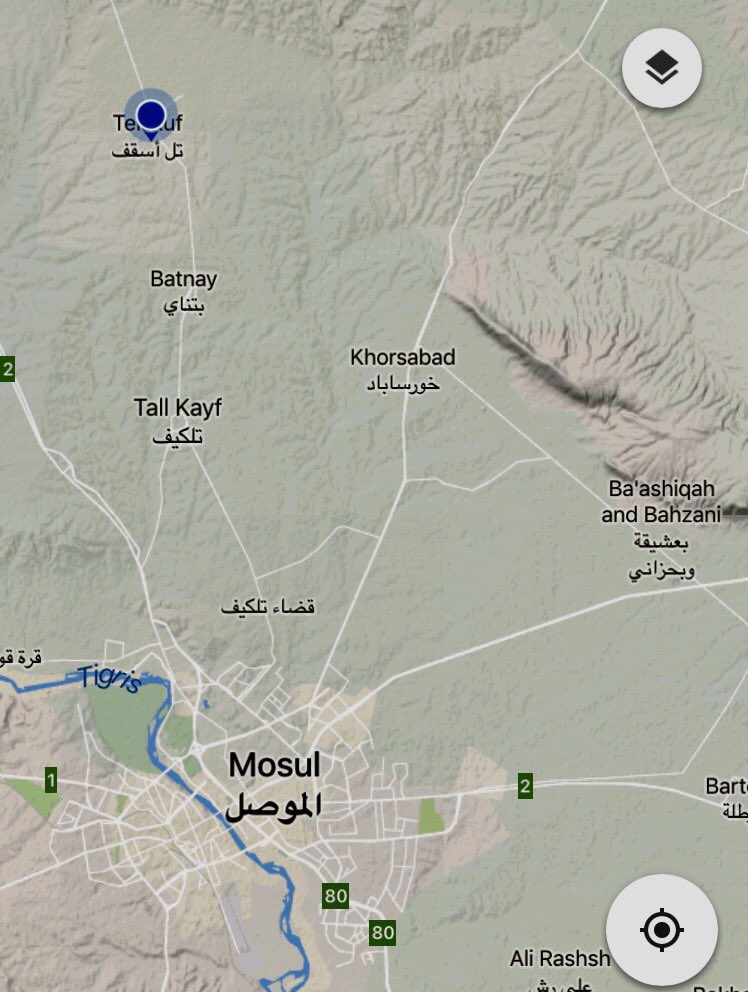