Chillary Clinton puts a frost on any hopes of a Dem in the White House in 2017.

Political Chic ‏@PoliticalChic20  6h6 hours ago
It just gets worse... Hillary's emails are a big deal. She was the head of the State Department. Security is Job #1
12 retweets23 likes


Shaun KingVerified account ‏@ShaunKing  2h2 hours ago
Far and away the most devastating 10 minutes on @HillaryClinton you will EVER see. From lifelong Democrats. It's bad
Lifelong Democrats Say Hillary's Campaign/Credibility are at a New Low
Chuck Todd "She could not get confirmed as Attorney General right now" Mika Brzezinski said "she is straight out lying right now" and has been all along Even Andrea Mitchell says she's indefensible


Thursday, May 26, 2016.  Chaos and violence continue, the assault on Falluja continues, reports of War Crimes carried out by Shi'ite militias, and much more.


Today, the US Defense Dept announced:


Strikes in Iraq
Rocket artillery and bomber, attack, fighter and remotely piloted aircraft conducted 25 strikes in Iraq, coordinated with and in support of Iraq’s government:

-- Near Haditha, a strike destroyed an ISIL vehicle bomb.

-- Near Sinjar, a strike suppressed an ISIL mortar position.

These bombings have been going on since August.

Coalition air forces have helped Iraqi and Syrian opposition ground forces regain significant territory from ISIS in recent weeks, according to Pentagon media briefings. But following the virtual destruction of Ramadi during its recapture by Iraqi forces earlier this year, observers are questioning the value of intensive airstrikes in support of the current moves to evict ISIS from Mosul and Ramallah in Iraq and Raqqa in Syria. The composition and allegiances of the ground forces that are fighting ISIS in both countries remain complicated.
Since the beginning of May, Operation Inherent Resolve (OIR) has conducted an average of five airstrikes daily on Syria and 15 on Iraq. Airstrikes might involve multiple aircraft attacking a single target. According to official statistics released by U.S. Central Command, more than 23,000 targets have now been damaged or destroyed during just over 12,500 airstrikes since OIR began in October 2014. Twelve other countries have contributed air forces to the U.S.-led operation. They have performed just under 25 percent of the airstrikes. The average daily cost of the operation to the U.S. alone is $11.8 million.

Flint doesn't have safe drinking water -- I don't care that Barack Obama had a photo op pretending it was safe -- but the White House can spend over $11 million a day bombing Iraq -- and has spent that daily since August of 2014.

There's no success but we're not supposed to question that.

The assault on Falluja is putting thousands of civilians at risk and we're not supposed to question that either.

NRC ‏@NRC_Norway  May 25
Families who've fled besieged city Fallujah. Kids flee without shoes. 50,000 trapped inside MUST be given safe exit 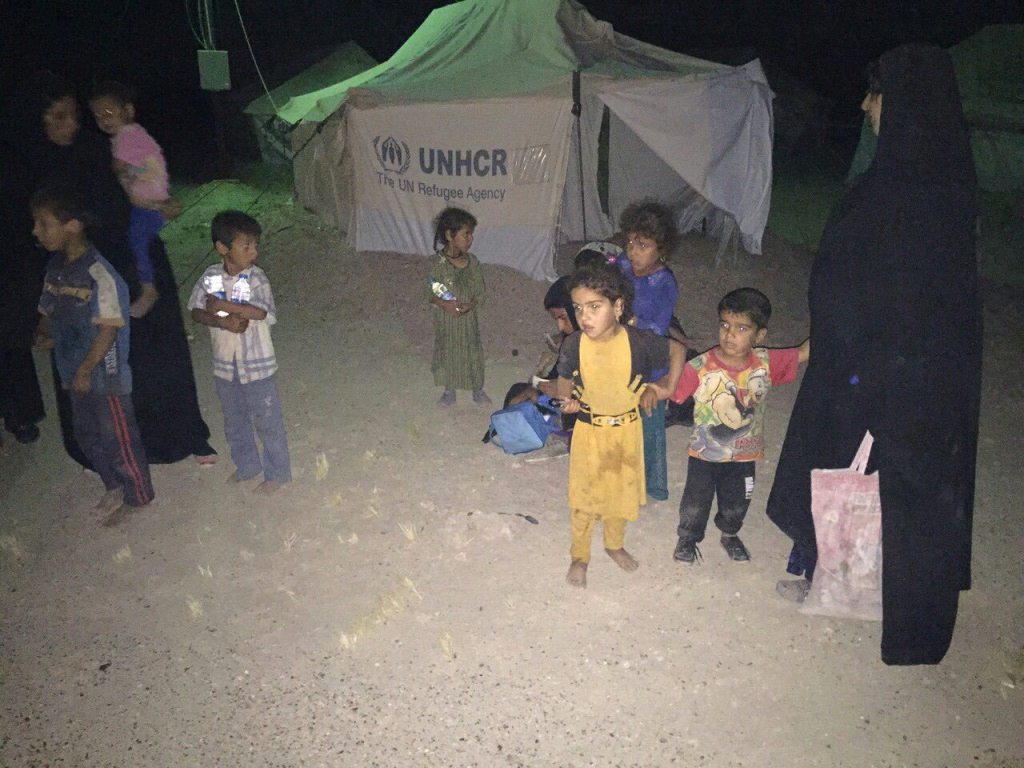 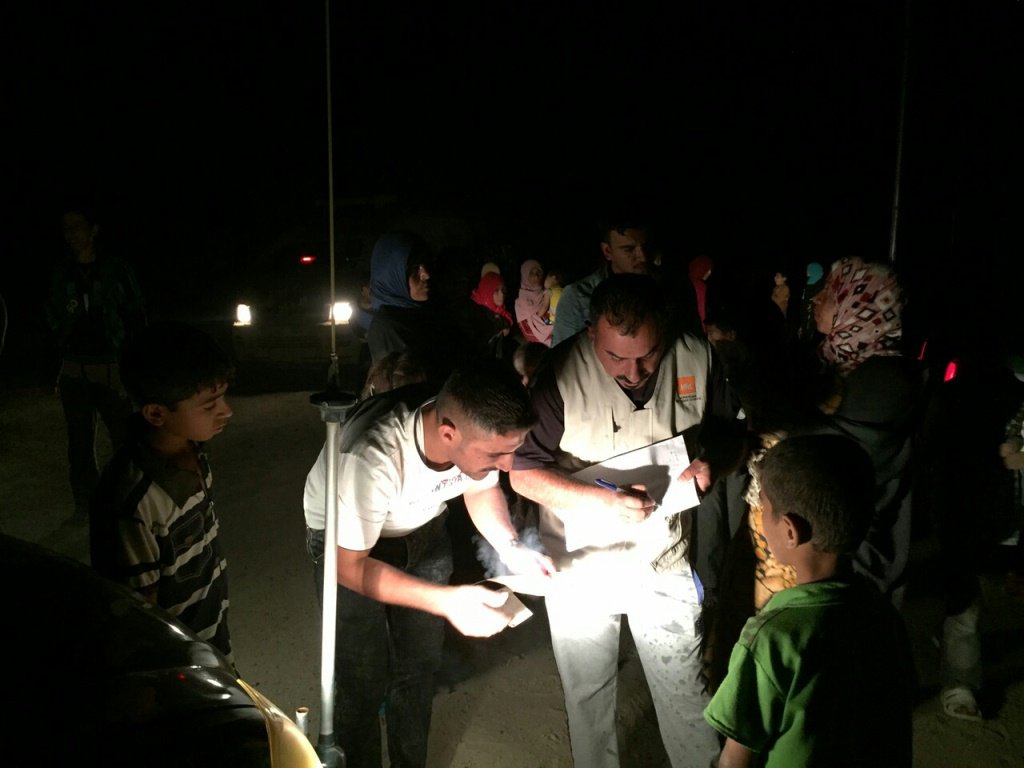 NRC ‏@NRC_Norway  18h18 hours ago
Fighting intensifies with no safe routes out of #Fallujah for the trapped civilians. Only few has escaped. 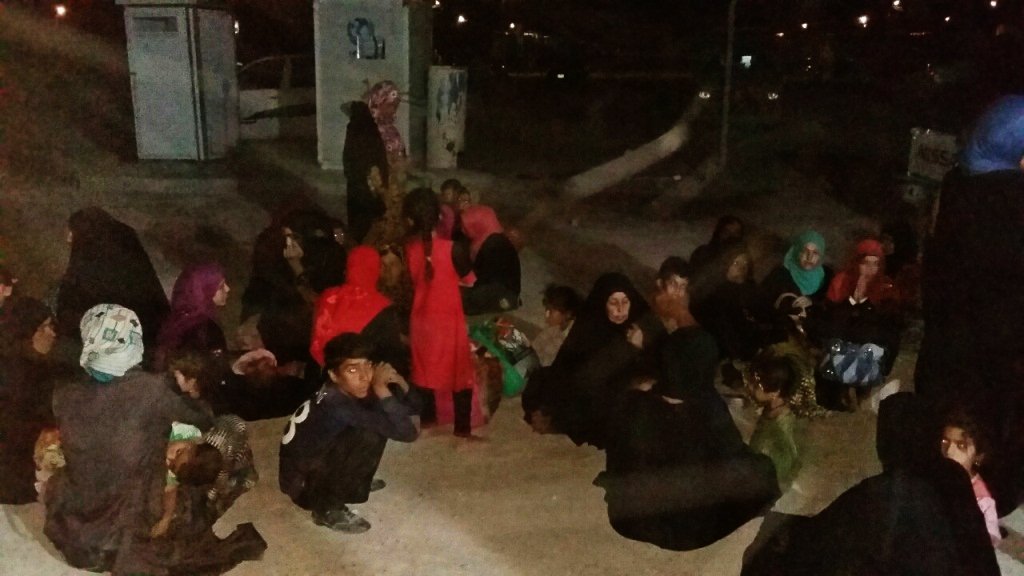 
Falluja was targeted twice in 2004.  It's targeted again today.


The claim today is that this is to 'save' and 'liberate' the city.


But if that were the case, the last two years would have seen the US government leading on political reconciliation instead of ignoring it to pursue daily bombings.

Nonetheless, Washington is supporting in Fallujah precisely the type of murderous siege that it has accused the government of President Bashar al-Assad of waging against areas controlled by the Western-backed Islamist “rebels” in Syria.
At least 21 civilians were reported killed in the US-led bombardment of Fallujah on Monday and Tuesday.
The population of Fallujah, which was the scene of bloody US sieges in 2004, has been subjected to bombardment for the last two years. Government forces have cut off supply routes to the city, depriving it of food, health care and other basic necessities. There are reports that substantial numbers of civilians are on the brink of starvation.
The Association of Muslim Scholars of Iraq, a militant Sunni organization formed in 2003, denounced the new offensive against Fallujah as “an unjust aggression, a reflection of the vengeful spirit that the forces of evil harbor against the city.” It reported in a statement that 10,000 Fallujans have been killed or wounded by government bombs and shells over the past two years.
While staying in Fallujah may entail starving to death, those who flee risk being killed by either ISIS or Iraqi government forces. As few as 80 families have managed to flee Fallujah.

The United Nations refugee agency has expressed concern over Iraqi government forces separating men and older boys from women and children, taking them to the Habbaniyah Military Base for “security screening.”


The civilian lives matter far less to US-installed prime minister of Iraq Haider al-Abadi then does trying to clamp down on the objections to him.  He's using the death and destruction to try to make himself look better.


With his government now rudderless and under pressure, Abadi needs to be seen to be in control. So he struts in the all-black fatigues of the country's elite counter-terror forces; he orders up a new military assault; and he goes on late-night television to promise that "the Iraqi flag will be raised high over the land of Fallujah".
Security threat No 1 in Baghdad is the recent advent of wild, mass protests on Fridays over the political gridlock, corruption and damned awful power and water services, in which followers of the Shiite cleric Muqtada al-Sadr have breached the security perimeter of Baghdad's high-security Green Zone – and last week, even managed to invade Abadi's office. Since the protests began, other Shiite movements have also taken to the streets, lest Sadr and his followers steal a march on them.
Security threat No 2 is a ferocious new wave of suicide attacks that have killed almost 200 people in predominantly Shiite areas of the capital. While analysts read these bombings as a bid by IS to draw Abadi's forces back to the capital and away from efforts to recapture parts of northern and western Iraq held by the jihadists, Baghdad residents hold Abadi's chaotic security services just as responsible as IS for the attacks.
There is also Security threat No 3 – the risk that another failure by Iraq's official security forces would reveal Abadi's dependence on the Shiite militias funded, trained and armed by neighbouring Iran – for which reason they are shunned by Washington.
Launched by Abadi on Sunday, the new war on Fallujah promises to be tough. The reputations of all the players in the Iraq crisis are on the line: Abadi and his administration; the Iraqi security forces and their American and Australian trainers; more than a dozen Shiite militia groups and their Iranian sponsors; and the IS forces that hold Fallujah.

And there are reports of War Crimes being committeed yet again by these militias.


Haider al-Abadi is a US puppet as was Nouri al-Maliki before him as was . . .
Though some struggle to call Haider what he is today, it's a little more comfortable for some to speak in retrospect.
RT reports:

The Iraqi government, formed in 2003 after Saddam Hussein’s regime had been overthrown by the US invasion, was fully controlled by “inspectors” from the United States and its allies, a former Iraqi Defense Minister, Hazem Shaalan, told RT.
“I was not independent in my ministry,” Shaalan said. “Inside the ministry, there were American inspectors in each department. There were also the British and Australians. There was not a single one department in the ministry, where there would be no inspectors.”
The former defense minister also revealed that the first post-Saddam Iraqi government was not elected but instead was fully appointed by Washington.
Interim Prime Minister of Iraq Ayad Allawi, who held office from 2003 to 2005, was “among the first to be appointed [by the US]. We were all appointed by Americans, by [Lewis Paul ] Bremer [top civilian administrator of the Coalition Provisional Authority of Iraq]. The first [post-Saddam] Iraqi government was appointed directly by Bremer,” Shaalan said adding that “no elections were held.”
The former minister also emphasized that all decisions taken by the prime minister at the time required approval by US authorities. At the same time, this government was protected by the US authorities, he added.