WTF is up in my old state of Big Mass?  Apparently, it's gas lines.  This is hideous, I can't imagine what people are going through -- injured, losing homes, I can't imagine.  Thoughts and prayers for those effected.

Changing topics, I'm looking for Tucker Carlson online because of these Tweets:

Okay, here it is.  Avenatti's an idiot.  That was funny.

What else is funny?  The failure of the crazies to grasp that there's still not a case there.  All this time later and there's nothing.

Aaron Maté‏Verified account @aaronjmate 8h8 hours ago
The Trump-Russia conspiracy theory is not panning out, as recent developments with three of its key characters -- Papadopoulos, Cohen, and Manafort - show. My latest for @TheNation :
19 replies147 retweets201 likes
Show this thread

We're going to start with a Tweet because this is an important point.


I've cut out the link in Liz Sly's Tweet -- and done so for a reason.  The story was broken by REUTERS.  Liz isn't linking to REUTERS, she's linking to VOA -- VOICE OF AMERICA.  First, it's insulting when one outlet breaks the news for a journalist to not link to them.  Second, no one should be linking to VOA.

Until 2013, VOA was forbidden to broadcast over US airwaves in the United States because it is propaganda (from 1948 to 2013).  The US Congress made that decision.  VOA exists to distort news and spin it in ways to influence a foreign audience.  Congress did not want the American people to be misled, victimized, exposed to, etc, fake news.

In this time of concern -- or supposed concern -- over fake news, no journalist for a US publication should be linking to VOA.

Liz Sly is not an American citizen and may not be well versed on VOA as a result.  But she is writing for a US outlet and  especially in an age of real or feigned concern over fake news, reporters for US outlets should not be linking to VOA.

Staying with the topic of propaganda, Michael Rubin.  The AEI scribbler has a piece at THE WASHINGTON EXAMINER where he pretends to address why Iraqis might not be big voters.  It's an ahistorical look at the post-2003 invasion.  It leaves out many things but one of the things that soured Iraqis on voting was 2010 and Rubin doesn't mention that.  In March 2003, Iraqis turned out to vote and they thought they voted out thug Nouri al-Maliki.  His slate came in second to Ayad Alawi's Iraqiya.  But Nouri refused to step down.  For over eight months, he refused to step down and brought the country to a standstill. Instead of siding with the Iraqi voters, the US government overturned their votes with the US negotiated Erbil Agreement -- a legal contract that gave Nouri a second term.  This is not insignificant, it's actually very major.

With no proof and driven by their own delusional fantasies, some  Hillary Clinton supporters continue to scream the Russia impacted the 2016 election in some manner.  Then-US President Barack Obama overturned the votes of the Iraqi people in 2010.


When not distorting history, Rubin grabs the pom-poms for Hayder al-Abadi.  It may be a futile effort.


The Dawa party, which Abadi belongs to, has led Iraq since the first post-U.S. invasion government in 200. Many Iraqis, even in Dawa’s Shi’ite support base, are frustrated with the government’s inability to provide basic services under the party. Some local media and activists likened Dawa’s long, dominant rule to that of Saddam Hussein’s Baath party.
Frustration was already evident in May’s parliamentary elections. Voter turnout was at the lowest it’s been since the toppling of Saddam and Mansour says many Iraqis felt their votes were worth little in the country’s current political environment. Despite dropping in popularity, it seemed Abadi would get another term as prime minister—thanks to Iraq’s fractured, top-heavy political system.
Both the bloc headed by militia leader Hadi al-Amari, who is close with Iran, and the bloc of Shi’ite cleric Muqtada al-Sadr, who has preached against both U.S. and Iranian influence, won more seats than Abadi.


Also weighing in are Ahmed Rasheed and Rava Jalabi (REUTERS):


The United States backed Abadi because it saw him as a moderate who could stabilize a country beset by sectarian, turbulent politics. But Washington may have miscalculated, cultivating no alternatives.
The collapse of Abadi’s candidacy would reduce the U.S. sway over politics in Iraq, where it competes with Iran. Tehran has steadily increased its influence in the country since a U.S.-led invasion toppled Saddam Hussein in 2003.


Hayder's had four years (after being installed by Barack Obama) and he's accomplished nothing.

In a desperate bid to be seen as doing something, his office Tweeted the following this morning:


The @IraqiGovt is implementing wide-ranging reforms to Iraq’s electricity sector to end outages and provide reliable and efficient power to homes businesses across the country
1:01
252 views
2 replies8 retweets14 likes

The protests kicked off in Basra in July.  For some reason, the western press is unable to document killings and keep hitting the snooze button.  There are over 70 protesters who have been killed since July.  The efforts to keep this information from news consumers is shameful.  The protests did not start days ago or just two weeks ago.  The count starts with the first one killed.  Shame on the western press.

Fortunately, there are other options to the corporate controlled media.


Had the chance to meet and discuss #Basrah issues with the first female joining the protestors in Basrah... great work to be done together soon #Basraprotests #iraqprotests #Twitterkurds 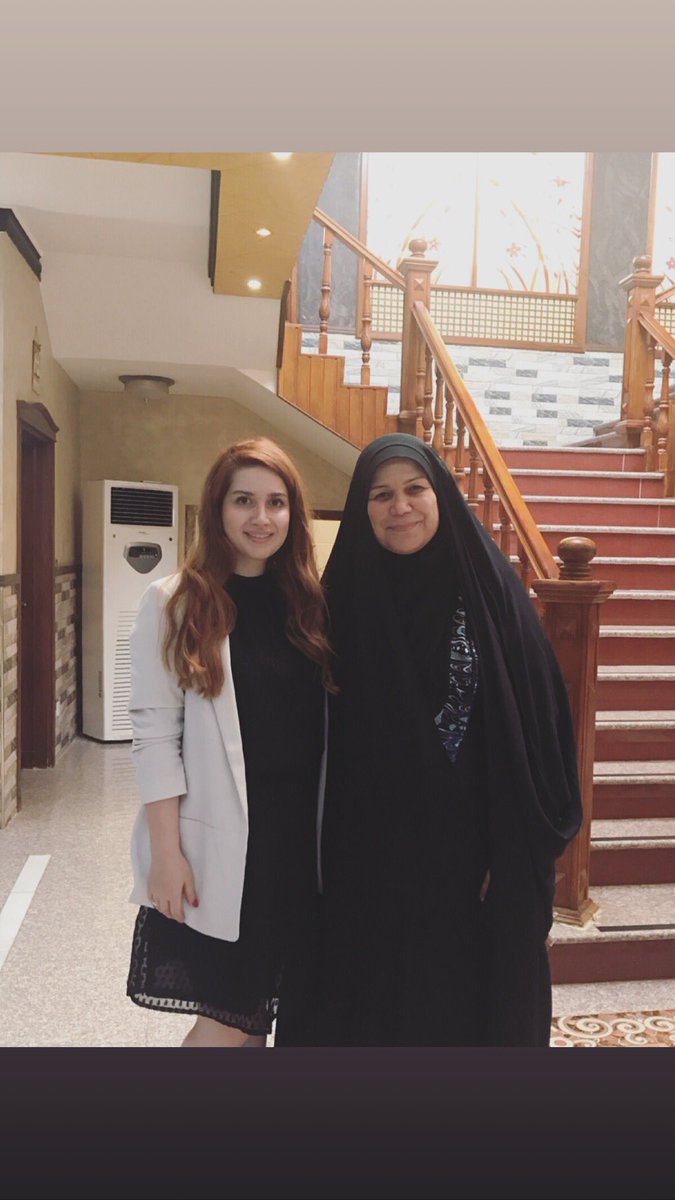 
Protests in #Basra, southern #Iraq, are the most serious developments during the past years in this oil-rich region. protesters trample images of #Iran regime leader #Khamenei #IRGC_OUT english.mojahedin.org/i/iraq-basra-p…

Kostas Lanaras‏ @jokraniareflex1 52m52 minutes ago
#Iraq: The meaning of the #Basra protests and what they signify for the regional and national political scene of Iraq.
0 replies0 retweets0 likes

Duaa Malik‏ @Duaa_IQ
Lastly: Protesters warned #Basra Provincial Government from using the new Ports Building as its headquarters of operation, considering the amount of public funds robbed would be enough to finance a new building far away from the sight of protesters. #BasraProtests #البصرة_تنتفض
7:17 PM - 12 Sep 2018
1 reply0 retweets3 likes

So much of the story is not being told by the western press.