Shut down the CIA already


I cannot believe this crap.

Is this what they need to be doing?

They're our public servants.

They do not follow the laws, they have no ethics (yeah, Valerie Plame, I mean you!), they're disgusting.


It's time to close the CIA.

We know they are harmful.

We know they act illegally.

They're responsible for so much chaos and mayhem.

Just shut them down already.


Reading his column at THE HILL, it's hard to figure out whether he's stupid or dishonest?


ISIS is more in the news than the Iraqi government so he may be using them -- and lies -- to make a case.  If so, it may attract more eyeballs for being 'trendy' but it will also attract many eyeballs from the heads of people who get that Soro doesn't know what the hell he's writing about.


ICE and US President Donald Trump must not return Iraqi Christians to Iraq, he argues, because the will face the Islamic State.

Yes, they've been victimized in the rare areas of Iraq that the Islamic State has grabbed control of in the last few years.

But stop pretending that's it.

The Iraqi government has failed them and has persecuted them.

They have passed laws against them, the forces have raided their bars and establishments to shut them down even when the law wasn't on the Iraqi forces' side.


The Islamic State is a recent thing in the long war.  It will likely be replaced by something else.

The same can't be said of the Iraqi government where thug Nouri al-Maliki was replaced by thug-lite Hayder al-Abadi.

The exodus of Iraqi Christians from Iraq begins long before the emergence of the Islamic State (as did the relocating to northern Iraq from Baghdad).

Is the Bishop a liar or just stupid?

The Iraqi government's history since the 2003 US-led invasion is one of persecuting religious minorities -- this includes Christians.

So why would you force Christians to return to that country?

That's the argument you make.

You rest it instead on the Islamic State?

The minute The Mosul Slog finally wraps up, people shrug and say, "Well they're over, no reason the Christians can't be sent back now."

The Bishop had a column to make a case and he didn't.

Instead, he's put out the highly damaging notion that, were it not for the Islamic State, Iraq would be a fine place for Iraqi Christians to live.


But the Islamic State did not run them off from Baghdad.

It wasn't the Islamic State, either, that reduced Baghdad's Jewish population to one elderly person.

Good, because it's already been 240 days.


Though the operation to liberate or 'liberate' Mousl was only launched in October, Mosul was seized
by ISIS in June 2014.

Nouri al-Maliki was prime minister then.

Some have not forgotten that fact.

Demonstrators called for Maliki to face justice as they marked the third anniversary of the Speicher massacre where Islamic State (IS) militants killed hundreds of students at the Air Force base near Tikrit.
[. . .]
Banners listed the three “plagues” demonstrators believe Maliki is responsible for: the fall of Mosul, the Speicher Massacre, and the squandering of Iraq’s money.


Nouri and Moqtada al-Sadr are squaring off for upcoming elections -- whenever they might be held.

Provincial elections were actually supposed to take place in April.

They have been delayed until September but there's also a proposal to combine them with next year's national elections.

The Desperate & The Ugly 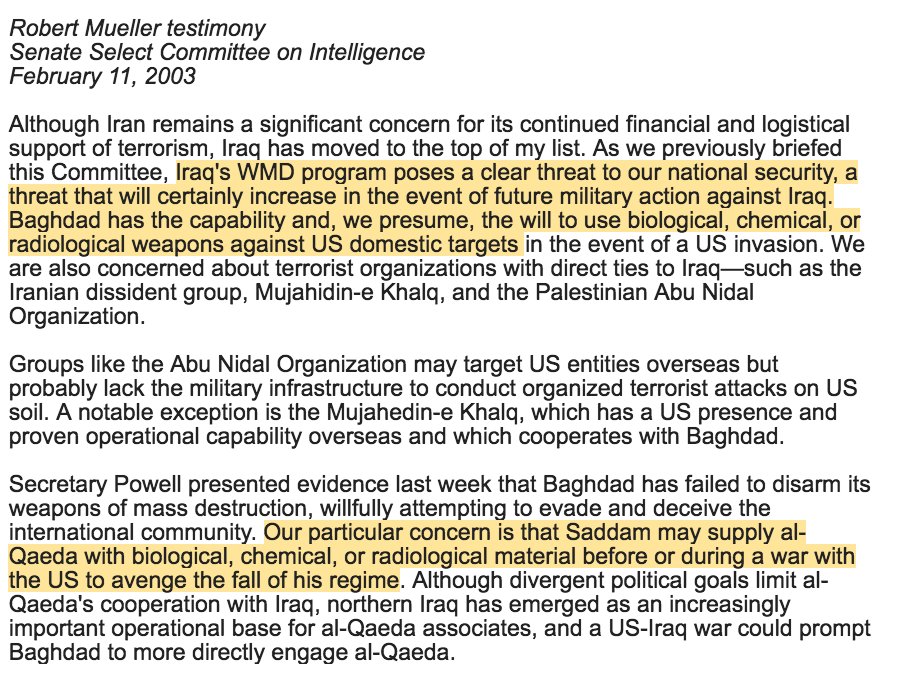 The ridiculous stopped objecting to the Iraq War so it's no surprise that now they'd rush to embrace liars who got us into the illegal war.

I can't stand the 'resistance.'

They don't object to anything that matters.

They don't object to anything but 'harm' to their Hillary.

They're desperate and ugly -- their own little ongoing soap opera.

Day 239 of The Mosul Slog and still it continues.

239 days ago, the Iraqi government finally launched an operation to liberate or 'liberate' Mosul.  The city was seized by the Islamic State in June of 2014.

The Mosul Slog has increased the number of refugees.


And it has increased the amount of  War Crimes.

Civilians have been harmed by Iraqi forces, disappeared by them, killed by them.

And there's the use of White Phosphorus.

US-led coalition acknowledges use of white #phosphorus in #Mosul amid mounting criticism http://on.rt.com/8emj

And White Phosphorus is being used.

Time to invade the US for some regime change? US using chemical weapons in Mosul & Raqqa: https://www.hrw.org/news/2017/06/14/iraq/syria-danger-us-white-phosphorus … #Iraq #Syria


In the US, many Iraqi immigrants are being threatened with deportation.

Is that accurate?  Because it's being repeated.

Perspective | #Trump promised he would protect persecuted #Christians. Instead, he's sending them back to #Iraq.
0 replies0 retweets0 likes


Immigration officials today strongly defended their arrests of Iraqi immigrants over the weekend, saying the U.S. detained 114 people in metro Detroit with criminal pasts who posed security threats.
Today's statement from U.S. Immigration and Customs Enforcement (ICE) was the first time officials said how many were detained in sweeping raids of Iraqi nationals targeted for deportation. Many of the detained immigrants are Christians who say they fear that deportation to Iraq would jeopardize their lives since they are a minority there and under siege.
But ICE said today the detainees have criminal pasts and already faced final removal orders from a judge.
"The operation in this region was specifically conducted to address the very real public safety threat represented by the criminal aliens arrested," Rebecca Adducci, field office director for ICE Enforcement and Removal Operations (ERO) Detroit, said in a statement. "The vast majority of those arrested in the Detroit metropolitan area have very serious felony convictions, multiple felony convictions in many cases. I applaud the efforts of the law enforcement personnel who, day in and day out, put their lives on the line to protect this community."

If you're building your coverage on one promise only and not noting the other, you're discrediting yourself at a time when journalism is already discredited.

That's not advocating for the immigrants to be removed from the country, that's saying you need to tell the truth.  And you also need to investigate ICE's claims because they're saying something doesn't make it so.