Look who they attack now

I'm getting really tired of people picking on Kanye West.

But the glee with which some are going after him is really disgusting.

I wonder if this Tweet is about the sort of thing he was trying to talk about on stage when people started booing?

Freddie ‏@freddiedeboer  8h8 hours ago
It's hard to overstate how thoroughly this piece refutes liberal Democrat narratives about this election.
0 replies373 retweets566 likes

Michael Tracey ‏@mtracey  47m47 minutes ago
I took the advice of Twitter trolls and went and talked to more average black Americans about the election. Here you go. 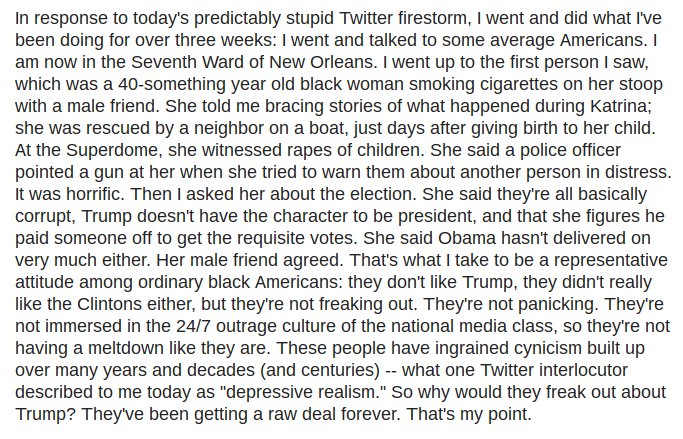 Too many people just don't want to know the truth.

I feel for Kanye.

He's trying to do the right thing and speak the truth.

And people don't want to listen because they're conditioned to think Hillary Clinton is our friend.

She's not our friend. 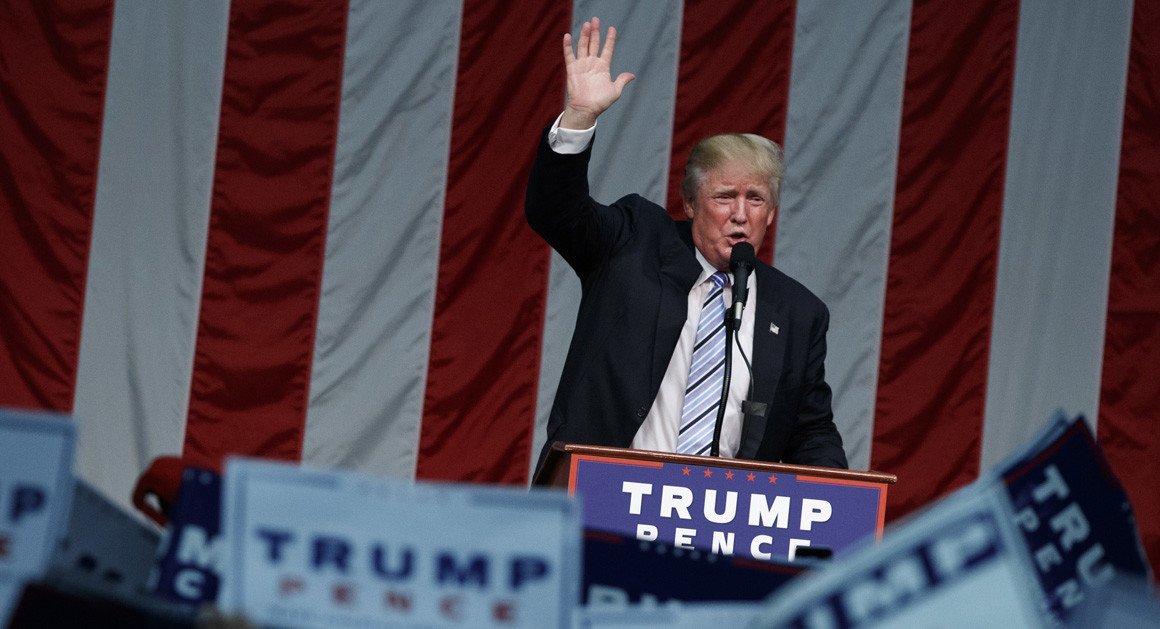 And she never was left.


And it was created by Dallas and the following:

The Third Estate Sunday Review's Jim, Dona, Ty, Jess and Ava,
Rebecca of Sex and Politics and Screeds and Attitude,
Betty of Thomas Friedman Is a Great Man,
C.I. of The Common Ills and The Third Estate Sunday Review,
Kat of Kat's Korner (of The Common Ills),
Mike of Mikey Likes It!,
Elaine of Like Maria Said Paz),
Cedric of Cedric's Big Mix,
Ruth of Ruth's Report,
Wally of The Daily Jot,
Trina of Trina's Kitchen,
Marcia of SICKOFITRDLZ,
Stan of Oh Boy It Never Ends,
Isaiah of The World Today Just Nuts,
and Ann of Ann's Mega Dub.


We're in a spot where Iraq just doesn't matter to the US media yet again.

Coverage is non-existent as is commentary.

We've got the ridiculous Hannah Allem whose 'private' thoughts on Donald Trump should disqualify her from covering him for MCCLATCHY NEWSPAPERS on a Twitter tear about Donald Trump.


I know not only did none of her Iraqi 'reporting' ever produce one story worth reading but that also she was whining at a fundraiser for Iraqi refugees about how Iraqi refugees didn't get media attention at the same time that she (a) wasn't writing about them and (b) wasn't even Tweeting about them.


If you don't get what a worthless piece of s**t Hannah Allem is, let's just note one 'educated' Tweet she's decided needs to be emphasized.

Axl Rose @axlrose
"Hamilton Cast harassed Pence." Do u ever stop whining?An apology?Seriously?!U won,this is the job,get on with it or get out of the kitchen.
0 replies68 retweets176 likes

Yes, I do consider Kanye a friend and have for years.

So I don't consider him 'lost.'  Nor am I offended that he's trying to think true what the election means or doesn't mean.

It's amazing what a piece of s**t like Hannah will do to go after a person of color like Kanye while extolling the disgusting Axl Rose.

That little 'innocent' Tweet that she's reTweeted goes to why the left in the US is so screwed up today.

A desperate desire to welcome in the destroyers.

The same way sleaze David Brock was welcomed in.

He apologized for his Clinton witch hunt!!!!

Most of us will always remember him as the liar who falsely smeared Anita Hill.

Time and again, the Hannah Allam's rush to embrace those who have attacked people of color.

The man who wrote and sang "One In A Million"?

Let's see, how did that little ditty go?


Police and n**gers, that's right
Get outta my way
Don't need to buy none of your
Gold chains today
[. . .]
Immigrants and fa**ots
They make no sense to me
They come to our country
And think they'll do as they please
Like start some mini-Iran
Or spread some fucking disease
And they talk so many G** damn ways
It's all Greek to me


Exactly who's rushing to preach intolerance against immigrants, people of color and LGBTQ?

At the same time it slams Kanye for daring to search his own soul, it elevates a man who's embraced and spewed out racism, homophobia, xenophobia and sexism.

If Hannah Allem were capable of shame, she would have tossed in the towel long ago.

But she's not capable of shame.

Ask any of the Iraqis who worked in Iraq for MCCLATCHY, they'll tell you all about Hannah (as they've told me).

I don't know where Kanye's going to end as he wrestles with the results of this election.

He's offended by the celebrity parade that was behind Hillary and that has gone on to slam We The People.  He's not thrilled that some are encouraging Americans to live in fear.  (Kanye doesn't buy into fear.)  He's struggling with the results and trying to make some sense of them -- both for himself and for the country.

He's doing so in the middle of a tour.

That's part of why he's an artist.

It would be very easy for him to go on automatic drive each night and just do a by rote performance.

He never does that and he never would.

A lot of the people slamming him and mocking him are only demonstrating their own intolerance.

As well as their own ignorance.

Of art.  Of politics.  Of reality.

Hannah's demonstrated all three and her Twitter feed is a testament to the need for MCCLATCHY not to let her cover the administration.

But don't send her back to Iraq.  Can't imagine a bigger waste of time or money.  She produced nothing of value on a trip after trip.

When Iraqi journalists were being pulled off the streets by Nouri al-Maliki's forces?  Forget reporting, Hannah couldn't even be bothered with a reTweet when Stephanie McCrummen THE WASHINGTON POST or when NPR reported on it.

For that matter, brave Hannah didn't say a word about the assassination of journalist Hadi al-Mahdi.


See the September 8, 2011 snapshot for Hadi's murder and grasp that Hannah didn't give a damn.


Now she rushes to reTweet slams against Kanye who's only crime is trying to sort out what just happened.

And she thinks she's done something?

As Stevie Wonder once sang, you haven't done nothin'.


He's not talking about the WHO report that was falsely reported.

He's saying the media -- and human rights organizations -- are undermining his war effort by reporting on the various War Crimes taking place in the operation to liberate or 'liberate' Mosul.

23 hrs ·
The number of civilian causalities caused by fighting in the Battle for Mosul has gone beyond the capacity aid groups and the Iraqi government are able to cope with, the UN said on Saturday.
(...)
Civilians made up around 20 percent of the causalities fallen from the fighting in the first month, a department of health official told Reuters.
While authorities in Iraq do not officially release casualty statistics, UN figures may represent only a small fraction of the total num...
See More

Mounting civilian causalties in Mosul 'overwhelming' aid groups
Aid groups in Iraq are struggling to cope with a rising number of...
ALARABY.CO.UK|BY THE NEW ARAB

That operation started 35 days ago and still slogs on.


Instead of addressing those realities or the corruption in his own government (remember when that was supposedly going to be Hayder's big issue?), he's lashing out at the media.

He's not going to do a thing for the Iraqi people.

And the conditions remain the same.

So it was, so it remains.

The Iraqi people continue to be left unprotected and unserved by their own government.

Hayder al-Abadi thought his military mission would distract everyone.

And many press idiots spent the last weeks insisting that the Mosul operation had bound Iraqis together.

That's not the case.

Only an idiot -- or a liar -- would have claimed that could happen.

ALSUMARIA reports Shi'ite cleric and movement leader Moqtada al-Sadr has stated there does not need to be a government ministry for religion but that there is a need to clean up the government corruption.

Nor are the Iraqi people.

He's not done a damn thing to improve the life of the Iraqi people.