Always felt that way but only more so when Aaron Sorkin wrote that disgusting propaganda movie.

So this doesn't surprise me.


Though Mark probably wants to be president, he can't be.

www.forbes.com/.../facebook-billionaire-gives-up-citizenship-to-escape-bad-american...
May 11, 2012 - Eduardo Saverin, the billionaire co- founder of Facebook Inc. (FB), renounced his U.S.citizenship before an initial public offering that values the social network at as much as $96 billion, a move that may reduce his tax bill. …Saverin's stake is about 4 percent, according to the website Who Owns Facebook.

The 5 most famous people to renounce US citizenship | Nomad ...

nomadcapitalist.com/2013/12/08/top-5-famous-people-renounce-us-citizenship/
Dec 8, 2013 - More Americans than ever are renouncing US citizenship and there are ... battle with Facebook co-founder Mark Zuckerberg, Saverin moved to ...

www.esarcasm.com/.../breaking-mark-zuckerberg-abandons-us-becomes-swiss-citizen...
May 15, 2012 - The Facebook billionaire has renounced his United States citizenship just days before an IPO that will make him one of the richest humans on the planet. An eSarcasm special report. In a surprise development, 26 28-year-old Facebook founder Mark Zuckerberg has declared himself a citizen of Switzerland.

Facebook Co-Founder Gives Up U.S. Citizenship — Is He Ungrateful ...

business.time.com/.../facebook-co-founder-gives-up-u-s-citizenship-is-he-ungrateful-...
May 14, 2012 - ... face was one of Mark Zuckerberg's original backers during Facebook's ... There's no question that by giving up his American citizenship and ...

https://thinkprogress.org/facebook-unfriends-uncle-sam-mark-zuckerbergs-plan-to-av...
May 15, 2012 - The right-wing has been lauding Facebook co-founder Eduardo Saverin for his decision to renounce his U.S. citizenship in order to avoid taxes.

He renounced his citizenship.

That should legally rule him out.

He might be able to buy some wiggle room there but I don't see voters giving him any wiggle room.

He abandoned his US citizenship and eight years later (2020) he's going to try to be president of the country he walked away from?

I don't see people backing that.

Wednesday, January 4, 2016.  Chaos and violence continue, journalist Afrah Shawki is released by her kidnappers, the Mosul slog continues, Barack Obama couldn't throw a parade for the troops who served overseas despite promising he would but today Barack stages a military parade for himself, and much more.

Michael Tracey ‏@mtracey  9h9 hours ago
Obama's central 2008 campaign promise was to extricate the US from Iraq. In that, he unequivocally failed.

At MEDIUM, Michael Tracey expands on that:


Oddly omitted from the ongoing evaluations of Barack Obama’s “legacy” is the fact that the U.S. is currently waging a ground war in Iraq, the country Obama was elected with a specific mandate to withdraw U.S. troops from. He launched his campaign in 2007 firmly on the premise that the Iraq War was a mistake, not just that it had been managed incorrectly (as his opponent Hillary would claim, much to her detriment) — but that the fundamental philosophy which undergirded George W. Bush’s misadventure was inherently wrongheaded.

Real news is an ongoing war.

Real news is that Barack broke his promise to end the Iraq War -- the promise that got him elected in the first place.

We highlighted one of his speeches -- where he took shots at Hillary -- yesterday.

Barack's never kept any of his promises.

It's amazing how the media can ignore his broken promise on Iraq -- until you remember how he promised to end veterans homelessness and then the date for that passed and it wasn't ended and the media swept that under the rug as well.

Eight years ago, Barack was sworn in as president and he won the primary and the election on his promise to end the Iraq War.

He leaves office having failed to do so and fake news is what the press serves up to avoid reporting that basic fact.

Fake news is all around.

But it's coming from 'trusted' names and outlets in news.

Yesterday, we posted this good news:

A rare bit of good news out of Iraq


She has been released alive. 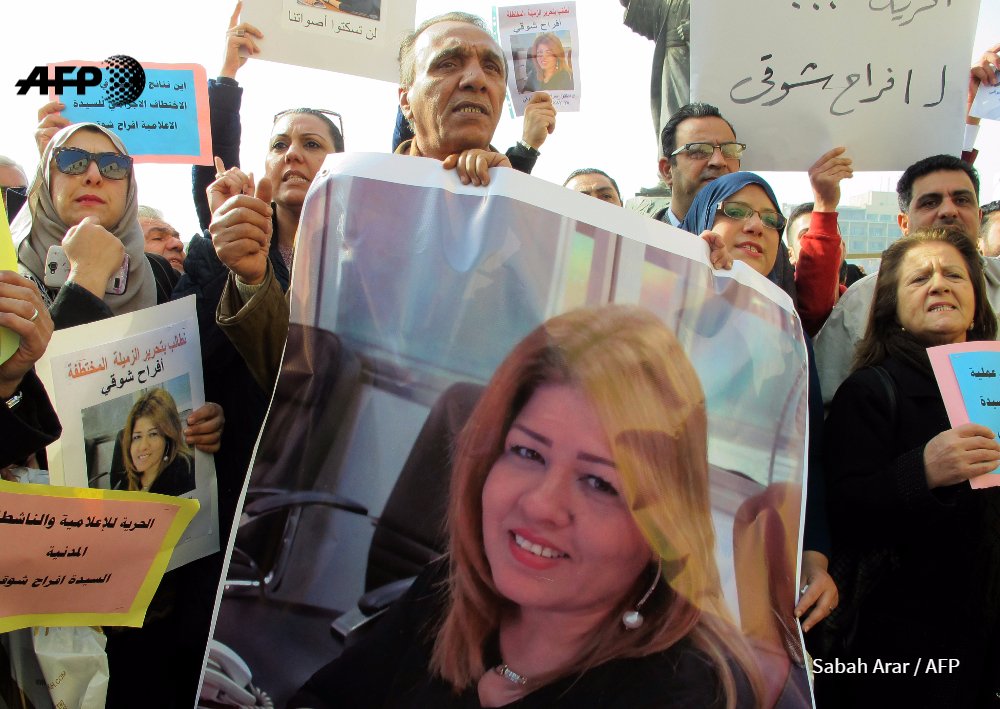 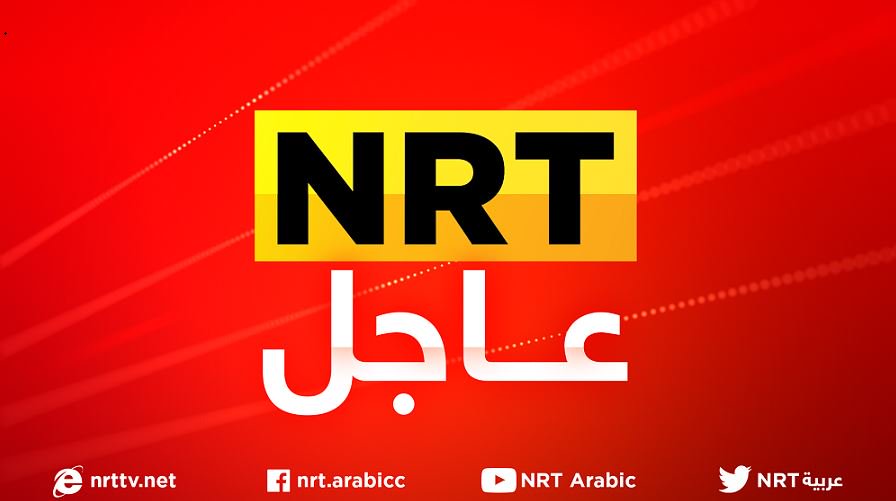 Iraqi journalist Afrah Shawqi was released Tuesday, a week after being abducted from …
0 replies0 retweets0 likes


Around the same time, 'reporter' Jane Arraf also posted this:


That Tweet led to Mike's "Jane Arraf remains The Whore of Baghdad."

Because it's typical Jane Arraf and a typical whore move from her.

Last week, at this site, Afrah was noted in the following entries:

Elaine covered Afrah with "A kidnapped journalist matters -- if you can leave your celeb death parade" and Ruth covered Afrah with "Help Afrah!!!!."  We all covered it Monday in THIRD's "Editorial: Afrah Shawqi is the name everyone should be repeating" and Afrah was also noted in "2016: The Year of WTF."


All of that's before Afrah is released.

Jane first noted her when?

After she was released.

That's why Jane Arraf remains The Whore of Baghdad.

Working for CNN beginning in the 90s, Jane worked out a deal where she wouldn't offer any 'reporting' too objectionable so as to be allowed to remain in Iraq.

Eason Jordan would publicly confirm the whispers in his now infamous NYT column.

Jane would continue this under thug and prime minister Nouri al-Maliki.

The Hawija massacre was an especially problematic 'report' for Jane.  Long before the slaughter took place, Nouri was shaping what was about to come.  For example, the Friday before.  And Jane had Tweeted that day a Tweet that, after the massacre was carried out, would reveal that Nouri was a liar.

At the time she Tweeted it, she didn't realize its importance.

Once it became obvious, it was time for her to disappear the Tweet.

And she'd never mention, in any of her 'reporting,' that man shot dead on Friday.

And good whores don't ever piss of their johns.

To be clear, for a few dollars more, Jane will probably piss on a prime minister but she'll never risk pissing him off.

So it was with Afrah.

While she was kidnapped and needed the attention, Jane Arraf was silent.

While her life hung in the balance, Jane was more interested in bad NEW YORKER cartoons.

But once the woman was released and her kidnapping was no longer a global embarrassment to prime minister Hayder al-Abadi, The Whore of Baghdad could finally mention her.


And Jane's left to sing her theme song:

Sometimes it's hard to be a ho dog
whoring out your name for just one man
You'll have bad times
And he'll have good times
Doin' things that you don't understand
But if you love him you'll whore for him
even though he's hard to understand
And if you love him, Oh, cover for him
Cause after all he's just a thug
Stand By Your Thug


And she has, over and over, for each prime minister.

As we noted last week in the December 29th snapshot:


Every now and then, a media friend will object to my dubbing Jane Arraf The Whore of Baghdad.  They'll agree that she's sucked up to every prime minister in Iraq and lied on their behalf but they'll try to make a plea for her.  "She [tries]."  They like that one a lot.

She hasn't reported on Afrah's kidnapping but maybe she found time to Tweet?

If so we'll just include her in the snapshot and make no comment about her.

But true to form, The Whore of Baghdad avoids any topic that might embarrass a sitting p.m.

And we're going to pause on Iraq for just a minute because a DoD friend just called to say, "You'll want to take a look at our website."

You won't believe what the little fancy boy has done now.


He couldn't be bothered with doing one parade for any returning service members.

But fancy boy can do a parade for himself?

There was never a parade.

But the celebrity in chief can stage a parade for himself?

While US service members are stationed in multiple war zones, fancy boy can do a parade to himself.

His vanity knows no bounds.

If you missed it, check out THIRD's "Barack Gone Nuts" and pay attention to the photo -- official White House photo -- accompanying it of Barack (as he talks to Kevin Costner) standing in front of a photo of himself . . . pointing at himself in the mirror.


Today you can live stream the parade Barack's staged for himself -- with taxpayer dollars.


You can't live stream a parade he staged for service members because . . . well . . . in eight years of the presidency . . . despite promises . . . he never got around to staging a parade for the troops.


What a sweet little fancy boy Barack's been.

Okay, before that phone call, we were working up to noting that CNN's Mohammed Tawfeeq had Tweeted at least twice on Afrah while she was missing and that, with two other CNN reporters, he covers her release here.


On the topic of CNN, remember back in that October State Dept press briefing when a journalist termed it a "slog" and CNN's Elise Labott (still thinking she'll soon be Mrs. John Kerry) screeched "NO!"?  She's gone on to offer purple prose on her Johnny.  (Elise, will you still be interested in him without the money?  You do realize the bulk is Teresa's money and there is a pre-nup in effect?)

But she's yet to apologize for that October moment.

Back in October, Elise just knew her "full f**king throttle" (her term, she put it in the mouth of a non-existent person, she's the Gina Chon to John's Brett McGurk) man was going to be a hero -- why?  Because she's demented.


But it's day 79 and the operation continues. 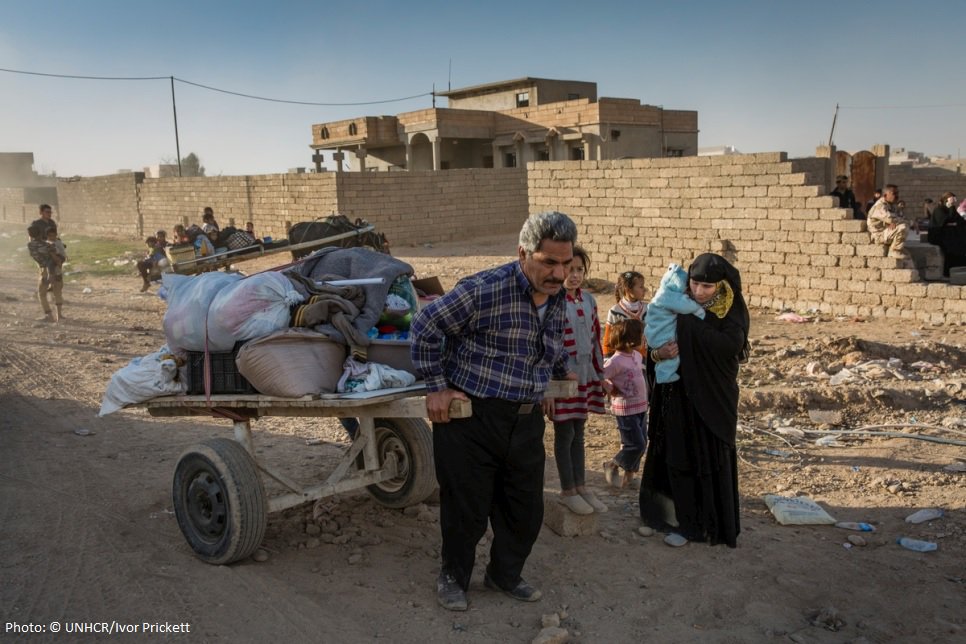 
That's where things stand on day 79.

Elise disagrees but then she also thinks it's appropriate to pursue another woman's husband and do so while covering that man for CNN.

Maybe, when they told her to cover him, she heard "covet"?

What some hard up women won't do for a little dick -- and I do mean "little."

Elise may be forgotten as John leaves office.

She can take comfort in the fact that those of us who are personal friends of Teresa will never, ever forget.  That's a promise, Elise.


And let's close with some Tweets on the good news that Afrah Shawqi is safe: 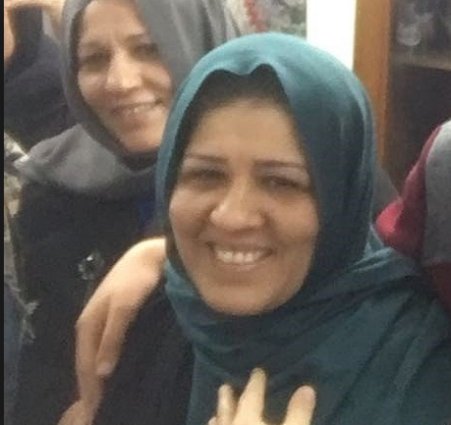 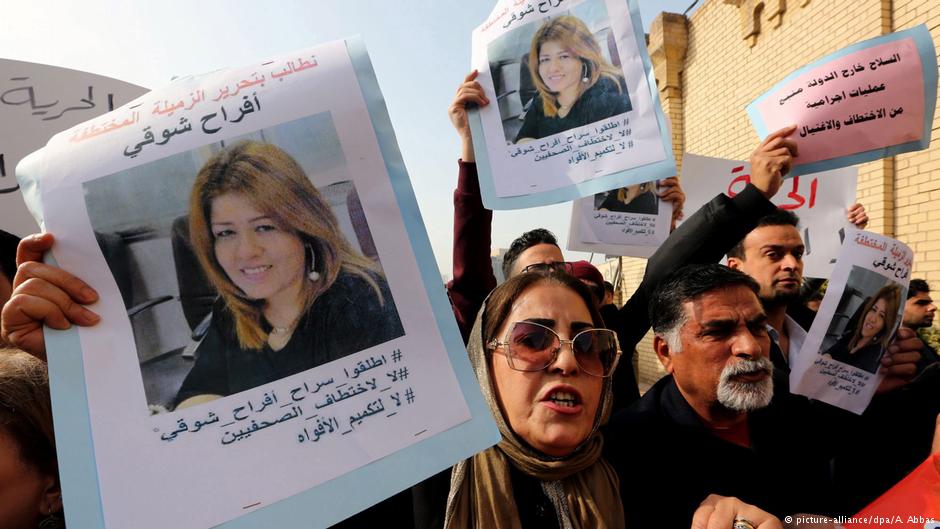 Shwan Saifaldeen ‏@ShwanSaifaldeen  7h7 hours ago
I am happy to hear that #AfrahShawqi has safely returned to her family and friends.
0 replies0 retweets0 likes