The censoring of Seymour Hersh

Seymour Hersh has a new report.

My mom highlighted it last night at her website "Read Hersh."

I was not aware that he was having trouble getting published.

Consent Factory‏ @consent_factory  Jun 25
For some reason, Sy Hersh's piece on the Asshat in Chief's fireworks show in Syria was unfit for the US press ...
0 replies2 retweets2 likes 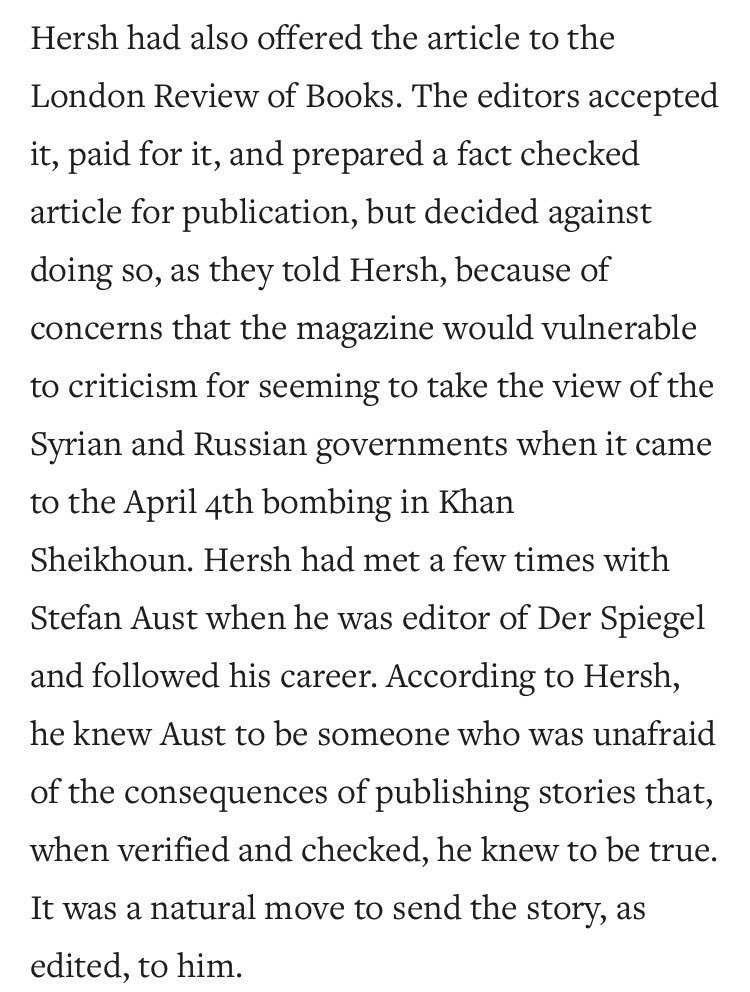 Sy Hersh used to get published by THE NEW YORKER when Bully Boy Bush was in the White House.

But then Barack became president.

THE NEW YORKER wasn't interested in investigative reporting then.

Didn't want to hold anyone accountable.

They want war on Syria.

So even now they won't publish him.

Tuesday, June 27, 2017.  Chaos and violence continue, Tony Blair's biggest groupie continues to throb for the War Hawk, and much more.


Yes, it still drags on.


And it was supposed to be over in weeks (not by the end of 2016 as REUTERS maintains here).


He can announce it in five seconds, won't change the fact that this operation took 247 days.

Nor will it change the fact that Mosul is destroyed from US-led coalition bombings.

Would he have done that to a Shi'ite majority city?

SO many look the other way as the destruction continues.

David Traynier Ⓥ‏ @DTraynier  11m11 minutes ago
David Traynier Ⓥ Retweeted John Rentoul
Not as dark as the skies over Iraq in 2003.
David Traynier Ⓥ added,
John RentoulVerified account @JohnRentoul
Ten years ago today the skies darkened, and the country has been grey and miserable ever since. Tony Blair stood down as PM 27 June 2007.
0 replies1 retweet1 like

John Rentoul is a propagandist who writes for THE INDEPENDENT.

He whored for Tony Blair before the start of the Iraq War and all the way to this very day.

He's held to no standard.

And that's part of the problem.

In the US, MOTHER JONES hires pro-war pundits who promoted the Iraq War.

There was no accountability on any level.

And the lesson was: Look the other way.

Which is what happened on so many levels.

The DNC spent the last election cycle trying to bully and push around young people.

What they didn't get was that it's easy for old whores to look the other way but the young were not going to do the same.

We saw it on campus after campus in the last years.

We saw the young people turning against so-called 'independent media' that were nothing but propaganda mills for the Democratic Party.

This should be a time for independent media to flourish but it whored out.

Whether we're talking THE NATION or PACIFICA RADIO, they whored out.

And we spent many years warning that the young were watching.

The Iraq War demonstrated many things and it surely destroyed faith in corporate media.

But, as the years passed, it also demonstrated that so-called independent media was no better.

Norman Solomon thinks he can sneak back in.

He's laughed at on campuses, he's the punchline to a dirty joke.

They had professors who used his book on war or referenced Norman's 'activism.'

But that was long ago.

And he went into hiding when Barack Obama was president.

How stupid does a Norman Solomon think people are?

And while some older people will go along, the enthusiasm and passion of the youth will not play.

They haven't been co-opted and beaten down for years the way so many have.